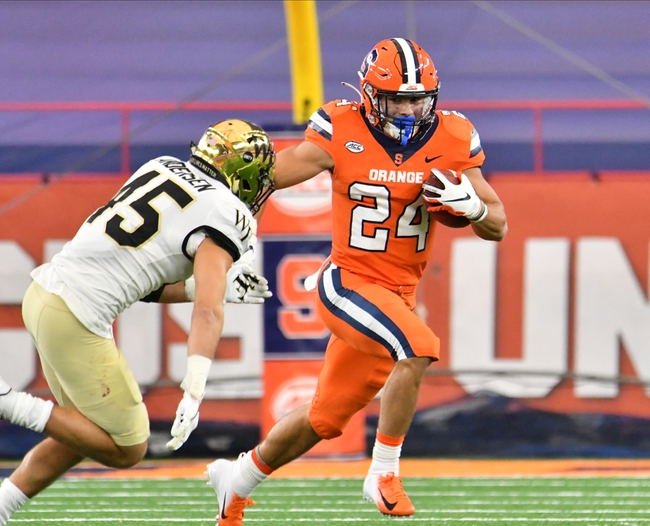 Syracuse took a 38-14 loss at home in week nine to Wake Forest at the Carrier Dome. Syracuse is now a measly 1-6 overall this season and only 1-5 in conference play as well. That puts Syracuse in dead last in the ACC standings, tied with Louisville and Duke with 1-5 records. Syracuse and Boston College were both able to put pressure on Clemson on the road this season, and Syracuse was the team to force Trevor Lawrence's first pick-six of his collegiate career. With that being said, Syracuse's record does not lie, as this is still one of the weaker teams in all of the Power 5 conferences this season. Syracuse scores 19.0 points per game and earns 267.1 total yards of offense per contest as well. Syracuse also allows 33.3 points per game to its opposition this season.

Syracuse opens as 13.5-point underdogs at home. I like Boston College to earn a sizable road victory over a weak Syracuse team in this one. Boston College's defense held Clemson in the first half, and I expect the same to be done to Syracuse for a full 60 minutes. I will take Boston College and lay the points here. 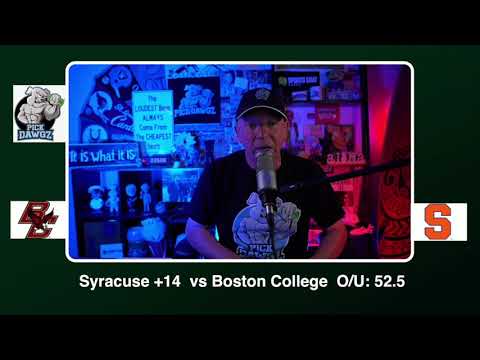