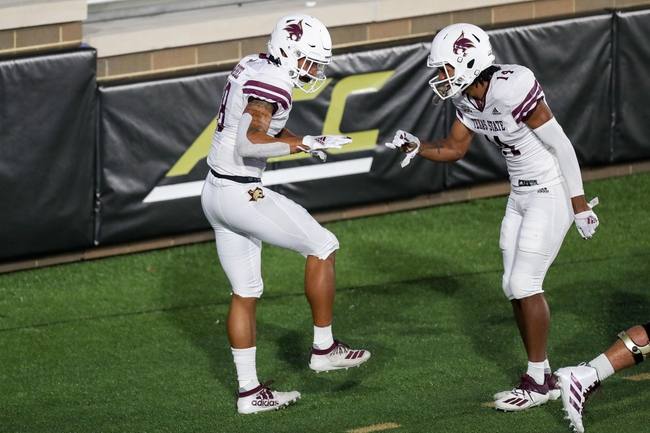 The Appalachian State Mountaineers and Texas State Bobcats face off on Saturday in a college football showdown at TSU Bobcat Stadium.

The Appalachian State Mountaineers have found a lot of success this season and their only loss was against a very good Marshall squad. Even with the success this is a Mountaineers squad who have only covered one spread. App State is a run first team that is averaging 34 points per game and 288.2 yards per game on the ground. On defense, Appalachian State has also been strong giving up 17.6 points per game and even in their loss they only gave up 17 points total. Under center for App State is Zac Thomas who has thrown for 971 yards, eight touchdowns, and four interceptions. In this game it’s going to be about the defense making life tough on the Bobcats and the offense continuing what they have done all season.

On the other side of this matchup is the Texas State Bobcats who won their first game of the season, but since that point they have lost six straight games. In those six losses, Texas State has managed to only cover two spreads. In the last game against the Ragin Cajuns the offense did play better though giving up 34 points and maybe they can use some of that offensive momentum in this game. On the season Texas State is averaging 27 points per game while the defense is giving up 35.8 points per game. Under center for Texas State will be Brady McBride who has thrown for 1,125 yards, nine touchdowns, and seven interceptions.

Texas State found offensive success in the last game and I think that will continue in this game. They aren’t going to do enough to win this game, but they will cover the spread. Back Texas State against the spread.