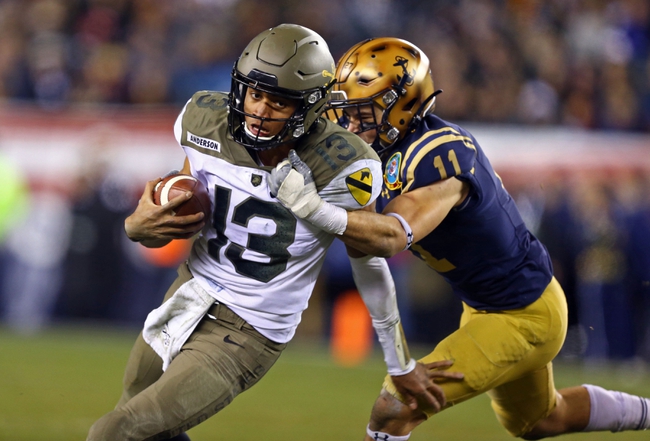 The Air Force Falcons will travel to Michie Stadium to take on the Army Black Knights this Saturday afternoon in College Football action.

The Air Force Falcons lost their 2nd straight game and dropped to 1-2 (0-2 Mountain West) after being defeated by the 25th ranked Boise State Broncos, 49-30, this past Saturday. Air Force gave Boise State some trouble early, however, could not fight back after two Broncos TD’s over the final 2:27 of the 1st half gave Boise State a 28-17 halftime lead. Air Force outgained Boise State by a 484-459 margin and did not commit a turnover in the loss. Leading the way for the Falcons was RB Brandon Lewis who has 112 rushing yards & 1 TD on 10 carries.

The Army Black knights won their 4th straight game and improved to 6-1 on the season after defeating the Mercer Bears, 49-3, this past Saturday. Army dominated Mercer throughout the game and had no trouble securing the victory after taking a 21-3 lead late in the 2nd quarter. Army outgained Mercer by a 360-221 margin and won the turnover battle by a 3-0 margin in the victory. Leading the way for the Black Knights was RB Sandon McCoy who found the endzone three times for the Black Knights.

If you are a fan of watching teams run the football, then do not miss this game as these two teams rank 2nd (Air Force) & 3rd (Army) in terms of rushing offense. Air Force has had success in their series as of late, however, this is a very good Army Team with their only loss coming against a solid Cincinnati team and as I think the Army defense will have success slowing down the Flacons rushing attack, I think the Black Knights do enough in this one to cover this spread. Good Luck. 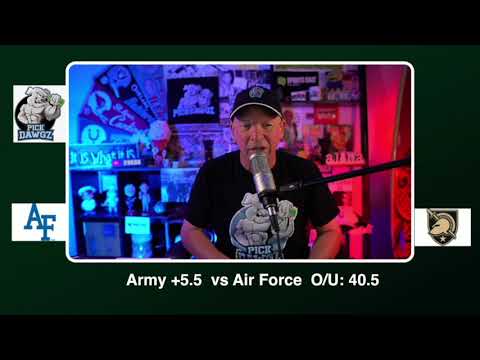