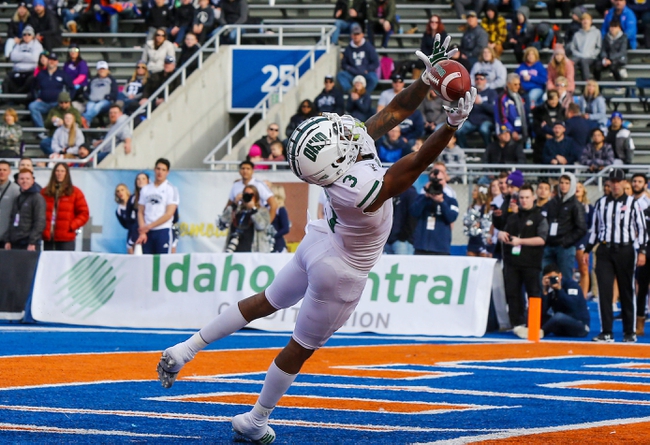 The Ohio Bobcats will travel to Kelly/Shorts Stadium to take on the Central Michigan Chippewas this Thursday night in College Football action.

The Ohio Bobcats finished last season with an overall record of 6-6 while finishing conference play with a 5-3 record. Ohio has a slow start to their season, opening the year with just a 2-4 record, however, Ohio played well down the stretch, including winning their last two MAC games against Bowling Green & Akron by a combined score of 118-27. Ohio finished their season on a winning note as they defeated the Nevada Wolfpack by a 30-21 margin in the Famous Idaho Potato Bowl.

Ohio was once again led by their offense as they finished the season averaging an impressive 34.3 ppg. Ohio returns a bunch of starters, however, will need to replace QB Nathan Rourke who completed 61.0% of his passes for 2,820 yards, 20 TD, & 5 INT while also rushing for 867 yards & 13 TD’s. It is still uncertain who will replace Rourke, however, the leading candidates will be UNLV transfer Armani Rogers and Kurtis Rourke who is a redshirt freshman and younger brother of Nathan Rourke. Whoever ends up being the QB will have plenty of talent at the receiver position as Ohio returns their top four receivers in Isiah Cox (39 rec, 663 yards, 2 TD), Shane Hooks (26 rec, 515 yards, 5 TD), Ryan Luehrman (28 rec, 360 yards, 5 TD), and Jerome Buckner (18 rec, 326 yards, 2 TD). Ohio also return the backfield duo of O’Shaan Allison (138 att, 869 yards, 6 TD) and De’Montre Tuggle (101 att, 644 yards, 11 TD).

Defensively, Ohio finished last season allowing their opponents to average 26.5 ppg. The Bobcats will be led by the LB duo of Dylan Conner & Jared Dorsa.

The Central Michigan Chippewas will look to continue their solid MAC play this season after finishing last season with an overall record of 8-6 which included a 6-2 conference record. Central Michigan lost their conference opener to Western Michigan, however, won of six of their next seven games to earn a spot in the MAC Championship, however, couldn’t take home the Championship after being defeated by the Miami (OH) Redhawks, 26-21. Central Michigan was invited to the New Mexico Bowl, but did not put up much of a fight, falling to the San Diego State Aztecs, 48-11.

Both teams come into this game with question marks at QB, however, I feel much more confident with the Bobcats as I think they will go with Armani Rogers who showed great promise at UNLV before dealing with injuries. Central Michigan is always a tough team at home and has won the last four games in this series, however, between the fact that Ohio has enough offense weapons to put points up on the board and that the Chippewas passing game as many question marks with an inexperienced Daniel Richardson behind center, I think the play here is to take Ohio to win this one. Good Luck! 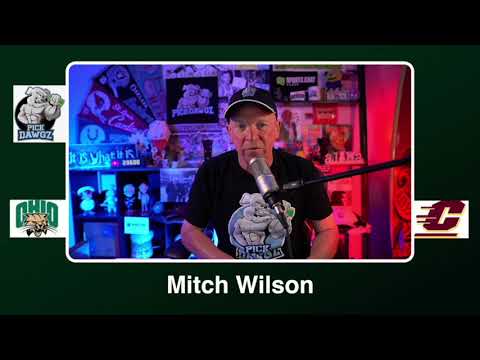