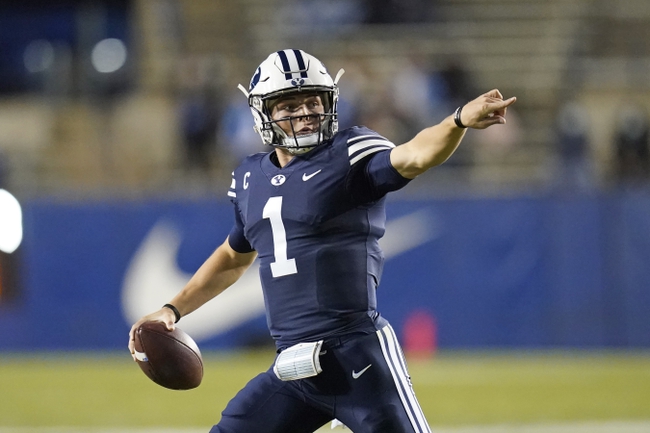 The Western Kentucky Hilltoppers and BYU Cougars face off on Saturday night in a college football showdown at LaVell Edwards Stadium.

Coming into the season there was hope about what Western Kentucky would be able to do this season, but so far that hasn’t quite worked out. Coming into this game they sit with a 2-4 record and each of the two wins they failed to cover the spread. In the last game against Chattanooga, Western Kentucky was 14 point favorites, but they only managed to win by three. On the season Western Kentucky is averaging only 17.7 points per game and they haven’t gotten a lot of support with their run game which is an issue. It looks like Tyrell Pigrome will be getting the start under center, but if he starts off the game slow, don't be shocked if he gets benched.

On the other side of this matchup is the BYU Cougars who have been impressive this year winning all six of their games and they have covered the spread in five of those games. This is an offense that has been elite and in the last game against Texas State they put up 52 points and that led to the blowout victory. On the season BYU is averaging 45 points per game while the defense is giving up 14 points per game. BYU quarterback Zach Wilson is a star under center for BYU and coming into this game he has thrown for 1928 yards, 16 touchdowns, and one interception.In this game it’s going to be about running up the score and having Wilson put on another show.

BYU has been running up the score against everyone and there is no reason to believe it’s going to be any different in this game. Look for Western Kentucky to struggle score and BYU will cover the spread in this game.