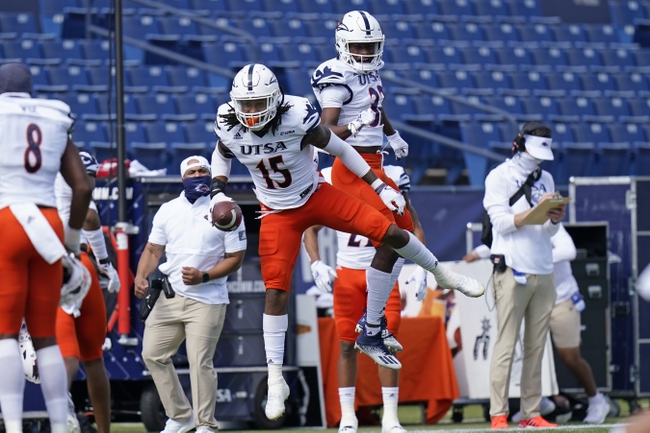 Where to Watch: Stadium TV Stream live sports and exclusive originals on ESPN+. Sign up now!

The UTSA Roadrunners and Florida Atlantic Owls face off on Saturday in a college football showdown at FAU Stadium in Boca Raton, Florida.

Texas-San Antonio has already played seven games so far this year and they currently sit with a 4-3 record. After winning their first three games of the season, the Roadrunners have lost three of the last four games. In the last game, UTSA played Louisiana Tech and as underdogs they were able to come away with a one point victory. On the season UTSA is averaging 26..9 points per game while the defense is giving up 27.9 points per game. UTSA is dealing with all kinds of injuries at quarterback and it looks like Frank Harris will get the start in this game. Harris last fight came against Louisiana Tech and he threw for 189 yards, zero touchdowns, and two interceptions. In this game if UTSA wants to win, they need Harris to be strong.

On the other side of this matchup is the Florida Atlantic Owls who won their first game of the season against the Charlotte 49ers, before losing their last game against the Marshall Thundering Herd. In that game, Florida Atlantic scored only nine points total, and that wasn’t enough even though the defense was strong in that game. On the season Florida Atlantic is averaging 15 points per game while the defense is giving up 18.5 points per game. One issue for the Owls is they haven’t had a lot of success through the air. Quarterback Nick Tronti has thrown for 246 yard,s two touchdowns, and one interception. IN this game they need to have a more balanced attack on offense, or they are going to struggle to come away with a victory.

These are two quarterbacks who aren’t elite, and that is going to continue in this game. Look for both teams to struggle to score, and this game is going to stay well under the posted total.