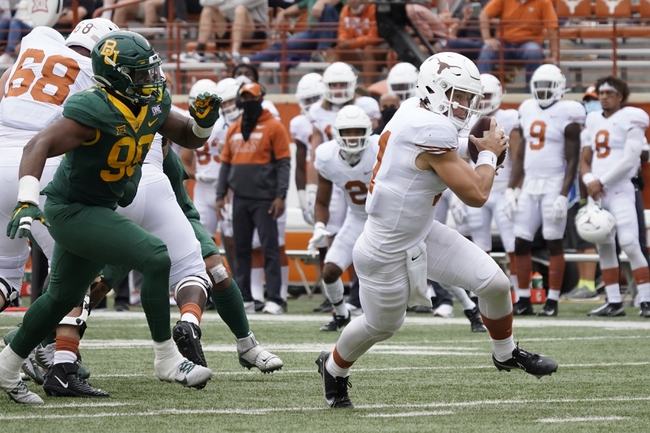 The Texas Longhorns and Oklahoma State face off on Saturday in a college football showdown at Boone Pickens Stadium.

The Texas Longhorns have been nothing but a disappointment this season but they come into this game of a win against the Baylor Bears. The most impressive part of that last game against the Baylor Bears was their defense only gave up only 16 points. Quarterback Sam Ehlinger has been good for the most part this year throwing for 1481 yards, 17 touchdowns, and five interceptions. On the season the Texas defense is giving up 32.2 points per game and if they want a chance to turn around their season it’s going to mean the defense is going to need to step up and take some of the pressure off the offense.

On the other side of this matchup up is the Oklahoma State Cowboys who come into this game with a perfect 4-0 record and they have covered the spread in each of the last three games. In the last game against a strong Iowa State team they were tested, but they were able to come away with a 24-21 victory. The offense has been fine for the Cowboys, but their real strength has been with the defense giving up only 12 points per game, but this is going to be the biggest test to date by far. Quarterback Spencer Sanders is finally healthy again and he did actually have a little bit of a struggle in the last game. throwing two interceptions. In this game, they might need more offensive success from Sanders and he can’t be turning the ball over.

Oklahoma State is the better team, but I think Texas has the offensive firepower to keep this game close. Not only do I like Texas to cover the spread, I will also be sprinkling a few dollars on Texas to win this game outright. 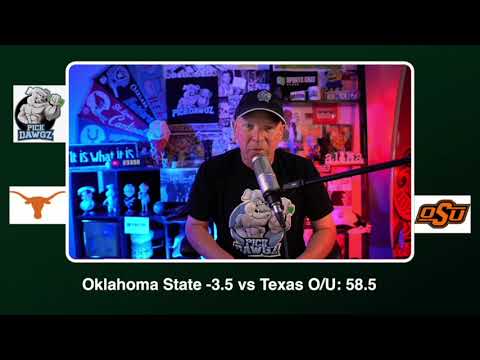