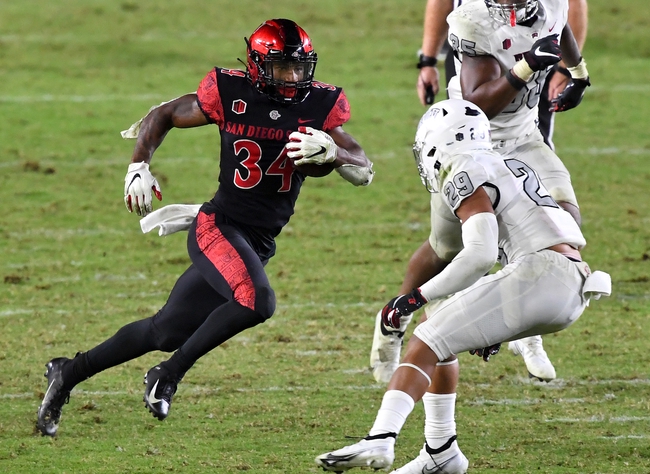 Utah State was not victorious in its first game of the season against Boise State, as Utah State lost its season opener by the final score of 42-13. Utah State was lifeless on offense, only earning 203 total yards (only 92 of them being passing yards). The days of Jordan Love at Utah State are over, and Jason Shelley is the new quarterback for this year's team. Shelley went 14-27 for 92 yards and one interception in the game, as he had a miserable performance in his season debut. Utah State's defense also struggled badly, allowing 42 points and 450 yards to Boise State. Utah State's head coach is Gary Anderson in his eighth year as head coach.

San Diego State opens as the seven-point favorites in this one, while the total opens at 49. There is not too much of a sample size for either of these teams heading into this game, but I still think we have enough information to take San Diego State confidently here. San Diego State was comfortable on both sides of the ball against UNLV, and I think we see San Diego State taking care of business against a rebuilding Utah State team.