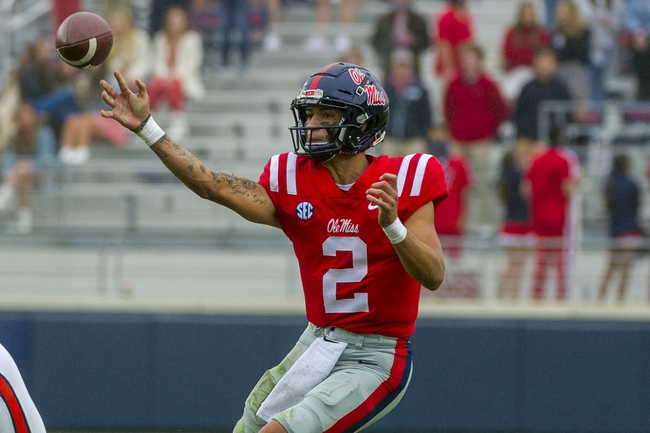 The Ole Miss Rebels will travel to Vanderbilt Stadium to take on the Vanderbilt Commodores this Saturday afternoon in College Football action.

The Ole Miss Rebels lost their 3rd straight game and dropped to 1-4 (1-4 SEC) on the season after being defeated by Auburn Tigers, 35-28, this past Saturday. In a tight back-and-forth game, Ole Miss could not pull off the victory after a Seth Williams 58-yard TD reception for the Tigers gave Auburn the lead for good with just 1:11 left in the 4th quarter. Ole Miss was outgained by Auburn by a 462-444 margin and lost the turnover battle by a 2-0 margin in the loss. Leading the way for the Rebels was QB Matt Corral who completed 16 of 27 passes for 154 yards, 1 TD, & 2 INT while also adding 88 rushing yards & 2 TD’s on 10 carries.

The Vanderbilt Commodores are still searching for the first victory after falling to 0-3 (0-3 SEC) on the season after being defeated by the South Carolina Gamecocks, 41-7, October 10th. Vanderbilt continues having trouble finding way to generate offense and had no chance of fighting back after the Gamecocks took a 27-7 lead late in the 3rd quarter. Vanderbilt was outgained by South Carolina by a 485-249 margin and lost the turnover battle by a 2-1 margin in the loss. Leading the way for the Commodores was RB Keyon Henry-Brooks who has 72 rushing yards on 13 carries.

This is a lot of points for an 1-4 Ole Miss team to cover on the road, but I just cannot see how I can back a Vanderbilt team that ranks 97th in scoring offense & 65th in scoring defense while also not playing a live game in three weeks. The Rebels defense leaves a lot to be desires and certainly will allow a few points, however, as I think the Ole Miss passing attack will have plenty success in this one, I’m taking Ole Miss to cover this large road spread. Good Luck. 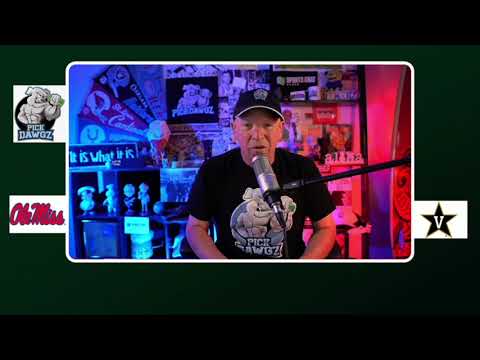