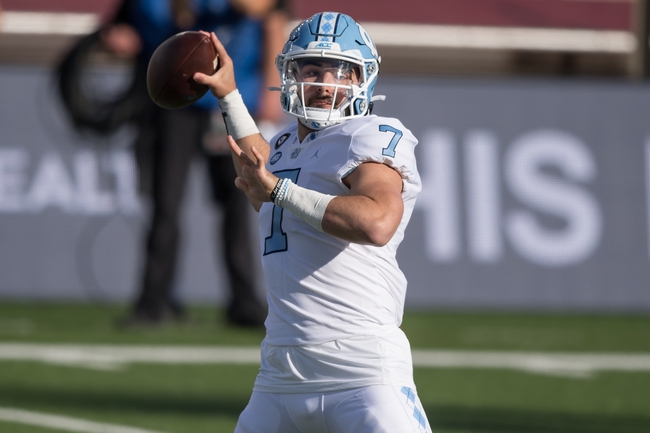 The 15th ranked North Carolina Tar Heels will travel to David A. Harrison III Field at Scott Stadium to take on the Virginia Cavaliers.

The 15th ranked North Carolina Tar Heels bounced back from their disappointing loss to Florida State and improved to 4-1 (4-1 ACC) on the season after defeating the 23rd ranked NC State Wolfpack, 48-21, this past Saturday. North Carolina has no trouble generating offense agianst the Wolfpack and easily cruised to victory after a 5-yard TD run by Javonte Williams gave the Tar Heels a 38-7 lead late in the 3rd quarter. North Carolina outgained NC State by a 578-392 margin and won the turnover battle by a 4-0 margin in the victory. Leading the way for the Tar Heels was RB Javonte Williams who has 160 yards & 3 TD’s on 19 carries.

The Virginia Cavaliers lost their 4th consecutive game and dropped to 1-4 (1-4 ACC) on the season after being defeated by the 11th ranked Miami Hurricanes, 19-14, this past Saturday. Virginia struggled putting up points against the Miami defense and could not fight back after a 1-yard TD run by the Hurricanes Donald Chaney Jr. gave Miami a 19-7 lead with 12:04 left in the 4th quarter. Virginia was outgained by a 444-366 margin and lost the turnover battle by a 1-0 margin in the loss. Leading the way for the Cavaliers was QB Brennan Armstrong who completed 16 of 30 passes for 181 yards & 2 TD while also racking up 91 rushing yards.

North Carolina bounced back great after a very tough loss on the road agianst Florida State and showed how dangerous their offense, that currently ranks 20th in scoring offense and 8th in total offense, can be. Virginia is a better team that their 1-4 record indicates, however, their defense has struggled and it’s concerning that their pass defense is giving up almost 300 yards/game. North Carolina hasn’t looked great on the road this season, however, between the fact that NC State put up 38 points on the Cavaliers defense at home and that this line is currently under a TD, I think the play here is to take North Carolina to cover this road spread. Good Luck! 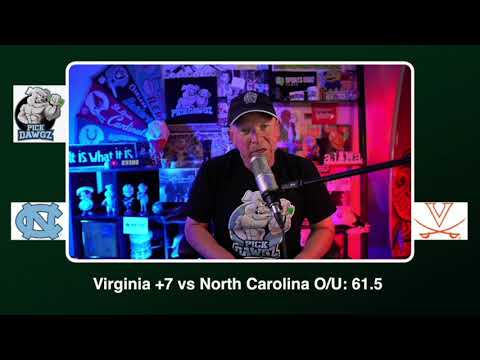