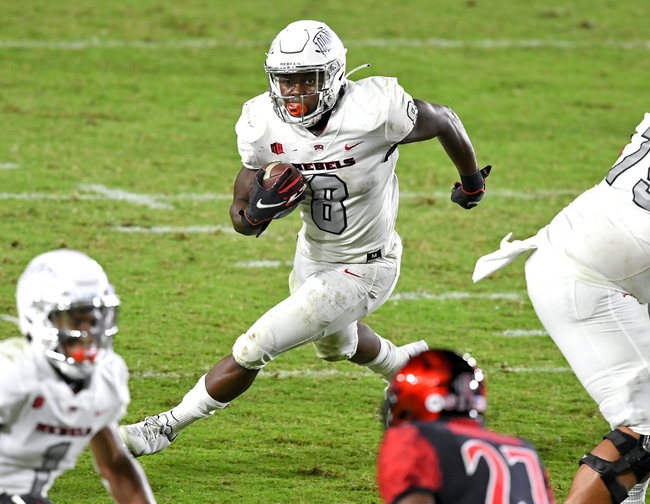 The Nevada Wolfpack and UNLV Rebels face off on Saturday in a college football showdown at Allegiant Stadium.

Nevada’s first game of the season was against Wyoming and their offense was elite but their defense really struggled, especially late in the game. One big concern for Nevada heading into this game is how they played in the 4th quarter. Nevada gave up 18 points in the 4th quarter which allowed the game to go into overtime. Nevada doesn’t have a very strong running game, but quarterback Carson Strong has made up for it. Strong threw for 420 yards, four touchdowns, and zero interceptions, He completed 75 percent of passes. In this game, Nevada needs to get out to a fast start and run up the score early but they need to play four full quarters of defense.

On the other side of this matchup is the UNLV Rebels who really struggled in their first game of the season against San Diego State. The defense was terrible, but the bigger issue has to be with the offense that only scored six points. Quarterback Max Gilliam threw for 105 yards and one touchdown. The running game is also going to need to be better going forward after only running for 80 yards in the first game. UNLV is facing a defense that hasn’t been good, and the offense is going to need to find a way to be better. Scoring 10 or 13 points ins’t going to give them a chance to come away with a victory.

UNLV’s offense isn’t good but they are facing a Nevada defense that has some major issues and UNLV is going to find a way to get the offense going. UNLV might not do enough to come away with a victory, but they are going to cover the spread.