Missouri is coming off a 20-10 win over Kentucky in its last game in week eight at home. Missouri has now won two straight games after taking down LSU at home as well. Missouri is 2-2 overall this season and 2-2 in conference play. Missouri started the season with two losses against two ranked teams in Alabama and Tennessee, but now Mizzou has turned things around and has gotten back to .500. Missouri scores 24.0 points per game and earns 418.3 total yards per contest as well. Missouri allows 31.0 points per game to the opposition, but only allowed 10 points in its last game. Missouri will look to pull off a major upset over a top-ten team in Florida on the road, but it will not be easy.

Florida has had to deal with a COVID outbreak inside the organization, but now the team is ready to get back on the field after two weeks off. Florida has not played a game since its 41-38 road loss to Texas A&M on October 10th, the team's first loss of the season. Florida is 2-1 overall and 2-1 in conference play, as the Gators are in second place in the SEC-East division. Florida's offense has been spectacular this season, as the team scores 42.3 points per game and earns 464.0 total yards per contest as well. The Florida defense has surprisingly struggled to start the year, as Florida allows 33.3 points per game to the opposition and concedes 495.0 total yards per contest. Florida will look for a big win in front of the Gainesville faithful after facing a bit of adversity with the outbreak.

Florida opens as 11.5-point favorites and the total is set at 61.5. Florida is going to score on almost every drive in this game, but the real question is how the defense will hold up? I think Florida can make enough stops to win this game by two touchdowns at home, so I will take Florida against the spread. 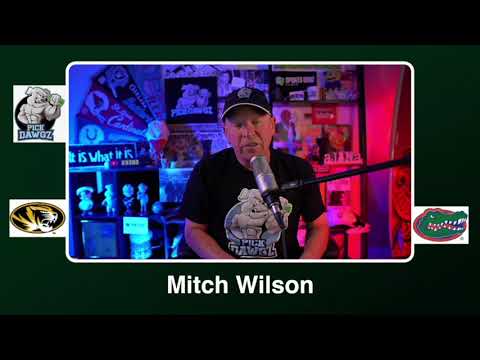