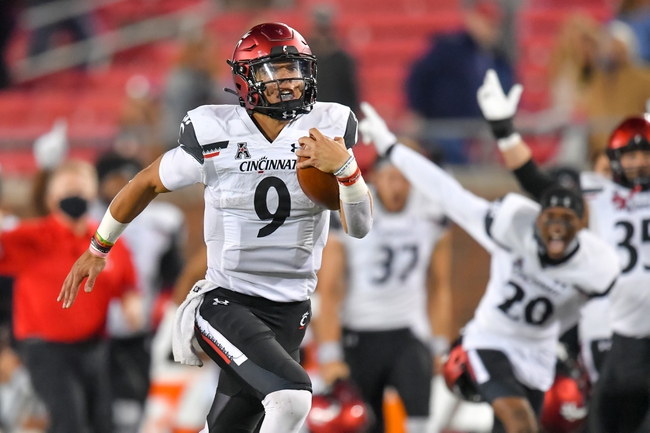 The Memphis Tigers will travel to Nipper Stadium to take on the 7th ranked Cincinnati Bearcats this Saturday afternoon in College Football action.

The Memphis Tigers won their 2nd straight game and improved to 3-1 (2-1 AAC) on the season after defeating the Temple Owls, 41-29, this past Saturday. Memphis struggled to get their high powered offense rolling in the 1st half agianst the Owls and trailed by a 15-10 margin at halftime, however, the Tigers opened the 2nd half scoring 17 unanswered points to take the lead and put the game away on a Kylan Watkins 15-yard TD run with 2:15 remaining. Memphis was outgained by Temple by a 500-489 margin, however, did force Temple into committing four turnovers in the victory. Leading the way for the Tigers was QB Brady White who completed 17 of 36 passes for 313 yards, 4 TD, and an INT.

The 7th ranked Cincinnati Bearcats improved to 4-0 (2-0 AAC) on the season after defeating the 16th ranked SMU Mustangs, 42-13, this past Saturday night. Cincinnati’s defense was outstanding against the high-powered SMU offense and had no trouble securing the victory after taking a 28-10 lead with 3:22 left in the 3rd quarter. Cincinnati outgained SMU by a 439-290 margin, however, did lose the turnover battle by a 2-1 margin in the victory. Leading the way for the Bearcats QB Desmond Ridder who completed 13 of 21 passes for 126 Yards & 1 TD while also adding 179 rushing yards & 3 TD’s on 8 carries.

Memphis is a good team, but I think they are a similar team to the SMU Mustangs that we just saw Cincinnati blowout on the road. Cincinnati’s defense is one of the best in the country, especially in their secondary which should give the Memphis passing attack trouble and as I think Desmond Ridder and the Cincinnati ground game will be able to put up some points against a Memphis defense that ranks dead last in College Football in terms of total defense, I think the Bearcats have no trouble covering this home spread. Good Luck. 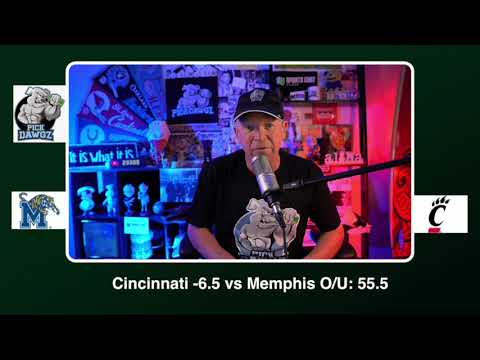