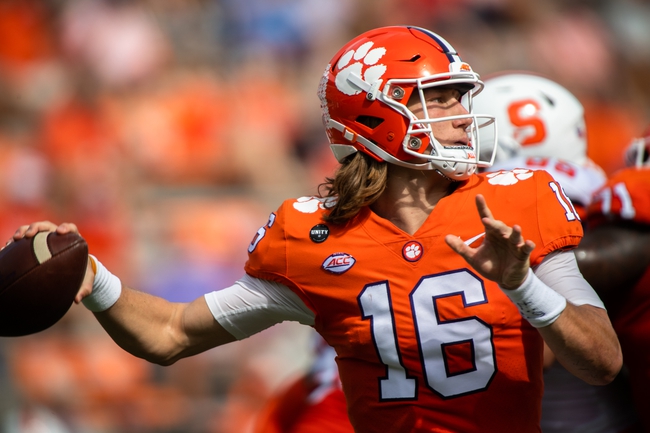 The Boston College Eagles will travel to Memorial Stadium (Clemson, SC) to take on the top-ranked Clemson Tigers this Saturday afternoon in College Football action.

The Boston College Eagles improved to 4-2 (3-2 ACC) on the season after defeating the Georgia Tech Yellow Jackets, 48-27, this past Saturday. Boston College was outstanding out of the gates against the Yellow Jackets and had no trouble securing the victory after taking a 34-14 lead into halftime. Boston College outgained Georgia Tech by a 409-362 margin and won the turnover battle by a 3-0 margin in the victory. Leading the way for the Eagles was QB Phil Jurkovec who completed 13 of 21 passes for 145 yards 7 2 TD’s while also adding 94 rushing yards on 7 carries.

The top-ranked Clemson Tigers remained perfect on the season, improving to 6-0 (5-0 ACC) on the year, after defeating the Syracuse Orange, 47-21, this past Saturday. Clemson had a much bigger challenge than they expected, coming into the game as 47-point favorites, after Syracuse made it a one-possession game midway through the 3rd quarter, however the Tigers avoided the upset and pulled away after scoring the final 21 points of the game. Clemson outgained Syracuse by a 455-325 margin and won the turnover battle by a 4-1 margin in the victory. Leading the way for the Tigers was RB Travis Etienne who had 86 rushing yards & 3 TD’s on 16 carries.

Boston College has looked impressive at home this season, however, this is still a team that recently lost to Virginia Tech by 26-points on the road and I just don’t see how the Eagles offense will be able to put up enough points against a strong Clemson defense on the road. I am going to monitor the status of Travis Etienne who did leave the game early against Syracuse, however, between the fact that I think Etienne plays and that Clemson comes out much sharper than we saw last week agianst Syracuse, I think Clemson runs away with this one and covers this large home spread. Good Luck!

Update (10/29): The line hasn't yet adjusted for Lawrence being out but you have to imagine that the line will go down a bit with what I imagine D.J. Uiagalelei being under center for the Tigers. As of right now, with 31 points I have to go with a Boston College but I'm going to watch to see the line movement before I make an official pick.

PICK - The line dropped about 6 point and although I think their will be heavy action on BC, I'm sticking with the Tigers as I just haven't seen much from BC on the road this season and this is still a talented Clemson team that I think will be on their "A" game today knowing that Lawrence is out. Take the Tigers to cover. 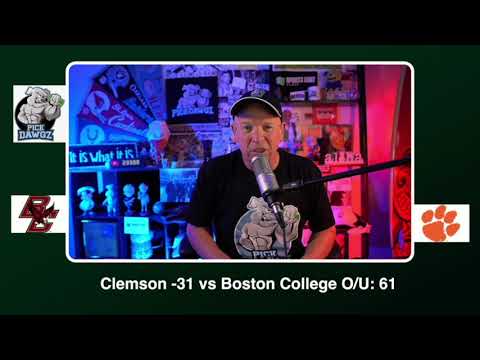