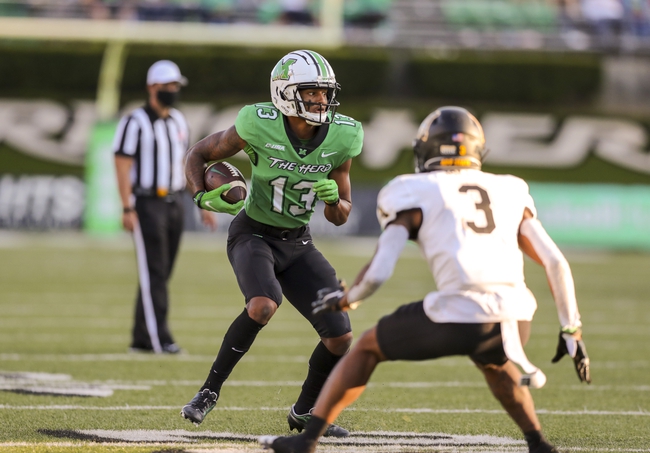 The Marshall Thundering Herd and FIU Panthers face off on Friday in a college football showdown at FIU Stadium.

The Marshall Thundering Herd probably aren’t getting enough attention for how good they have looked this season. Coming into this game Marshall has won all five games and their defense has been elite. Marshall hasn’t given up more than 17 points in any of the games and in the last game against Florida Atlantic they only gave up nine points. On offense there have been some growing pains for Marshall but they have still had enough success. Freshman quarterback Grant Wells has had some growing pains, but he has thrown for 1,110 yards, eight touchdowns, and four interceptions.The running game for Marshall has been strong this year rushing for 197.8 yards per game.

On the other side of this matchup is Florida International Panthers who have lost each of their three games this year and the last one was their worst loss. FIU faced off with Jacksonville State, an FCS level team and they could only manage ten points, something that led to the loss. FIU is a run first team, but quarterback Stone Norton has thrown for 207 yards and three touchdowns. In the last game Norton threw for 66 yards and a touchdown. The run game for the Panthers has been decent averaging 170 yards per game. On defense this season Florida International is giving up 28.7 points per game including 213.3 yards per game on the ground.

FIU’s offense isn’t good and that is going to continue in this game. Look for Marshall’s defense to lock down and it wouldn’t be shocking to not see Florida International in the end zone. Look for Marshall to cover the spread and for this game to stay under the total.