The UTEP Miners look for a feel good win here after splitting their last four games. The UTEP Miners have lost two of their last three road games. Gavin Hardison is completing 52.4 percent of his passes for 1,056 yards, two touchdowns and three interceptions. Hardison has one touchdown pass in his last four games. Jacob Cowing and Justin Garrett have combined for 778 receiving yards and one touchdown while Devaughn Cooper has eight receptions. The UTEP Miners ground game is averaging 112.6 yards per contest, and Deion Hankins leads the way with 300 yards and five touchdowns. Defensively, UTEP is allowing 22.6 points and 326 yards per game. Stephen Forester leads the UTEP Miners with 35 tackles, Praise Amaewhule has five sacks and Duron Lowe has two interceptions.

The Charlotte 49ers look for their first home win to get back to a .500 record. The Charlotte 49ers have won five of their last six home games. Chris Reynolds is completing 59.5 percent of his passes for 744 yards, three touchdowns and two interceptions. Reynolds has one or less touchdown passes in eight of his last 13 games. Victor Tucker and Micaleous Elder have combined for 312 receiving yards on 24 catches while Cameron Dollar has seven receptions. The Charlotte 49ers ground game is averaging 173 yards per contest, and Tre Harbison III leads the way with 187 yards and three touchdowns. Defensively, Charlotte is allowing 25.7 points and 435.3 yards per game. Tyler Murray leads the Charlotte 49ers with 31 tackles, Romeo McKnight has one sack and Ben DeLuca has one interception.

It's going to be interesting to see how these teams respond after an unexpected week off and possible rhythm broken a bit due to postponed contests. However, Charlotte has looked like the better team up to this point against better competition, and the 49ers finally get a home game, which should be a spark to this team as well. Charlotte has also been a covering machine not only this season, but dating back to last season at home in particular. The UTEP Miners are going to have a hard time keeping up in this contest. 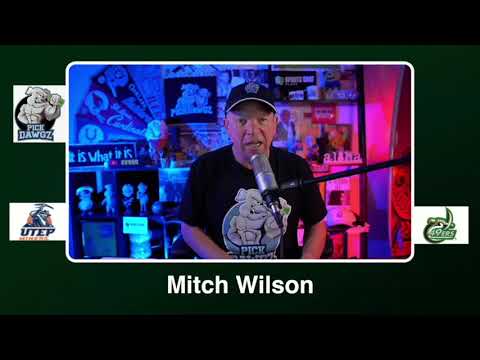