The Tulane Green Wave and UCF Knights face off on Saturday in a college football showdown at the Bounce House.

The Tulane Green Wave have been competitive this season but they have still only won two of their five games this season. In Tulane’s last game against SMU the offense was good putting up 34 points, but their defense was an issue giving up 37 points and that led to the three-point loss. On offense, Tulane is a run first team averaging over 230 yards per game on the ground. Quarterback Michael Pratt has also been good putting up 475 yards, four touchdowns, and one interception. On defense this season Tulane is giving up 32.2 points per game and against an elite offense they are going their have their hands full trying to slow them down.

On the other side of this matchup is Central Florida who won their first two games of the season, but they have now lost back-to-back games. In the last game against Memphis, it was the defense that collapsed late and that led to a 50-49 loss. On the season UCF is averaging 43.8 points per game while the defense is giving up 3.2 points per game. Quarterback Dillon Gabriel has had a big year throwing for 1765 yards, 14 touchdowns, and two interceptions. In this game it’s going to be about the defense stepping up and taking a little pressure on the offense. This is a game that UFC should expect to have no issue winning, the question is will they be able to.

UCF’s defense has some real issues and that is going to be the case again in this one. The Knights will still have enough offense to win this game but laying this many points with their defense is not something I am interested in. Back Tulane against the spread. In the terms of the total the over is the play. 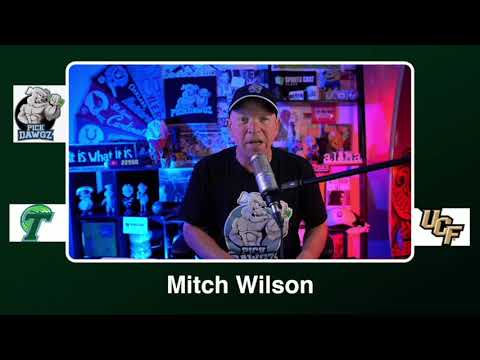