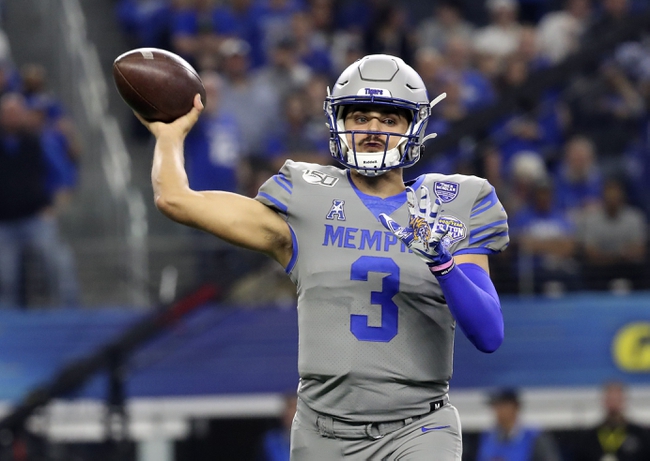 The Temple Owls will travel to Liberty Bowl Memorial Stadium to take on the Memphis Tigers this Saturday afternoon in College Football action.

The Temple Owls improved to 1-1 (1-1 AAC) on the season after defeating the South Florida Bulls, 39-37, this past Saturday. Temple trailed by a 31-20 margin late in the 3rd quarter, however, was able to fight back with 21 unanswered points and held on to the victory after stopping South Florida’s game-tying two-point attempt after they made it 39-37 game with just 1:03 left in the 4th quarter. Temple outgained South Florida by a 416-324 margin and won the turnover battle by a 3-2 margin in the victory. Leading the way for the Owls was QB Anthony Russo who completed 30 of 42 passes for 270 yards, 4 TD, and 2 INT.

Temple was able to get into the winning column against South Florida, however, the Owls are no where near as strong as we’ve seen in the past few years, especially defensively as they allowed Navy and South Florida to combine for 68 points against them. Memphis picked up a great victory against a tough UFC team and as I think their offense should have no problem putting up points in this one, I am taking Memphis to cover this double-digit home spread. Good Luck! 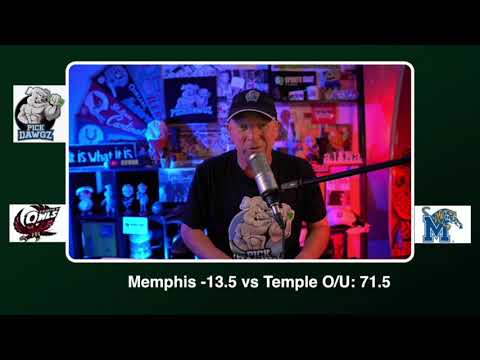