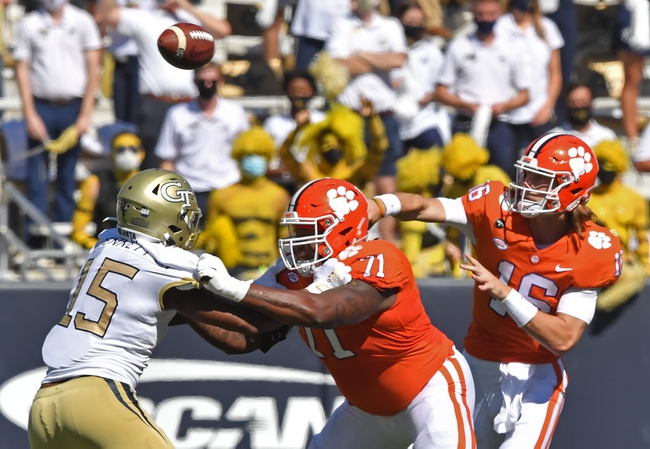 The Syracuse Orange will travel to Memorial Stadium (Clemson, SC) to take on the top ranked Clemson Tigers this Saturday afternoon in College Football action.

The Syracuse Orange lost their 2nd straight game and dropped to 1-4 (1-3 ACC) on the season after being defeated by the Liberty Flames, 38-21, this past Saturday. Syracuse had no answers on the defensive end agianst the Flames offense and could not fight back after a 16-yard TD run by Peytton Pickett gave Liberty a 35-14 lead with 2:58 left in the 3rd quarter. Syracuse was outgained by Liberty by a 520-308 margin in the loss. Leading the way for the Orange was QB Rex Culpepper who completed 19 of 40 passes for 211 yads, 3 TD, & 1 INT.

The top ranked Clemson Tigers won their 5th straight game and improved to 5-0 (4-0 ACC) on the season after defeating the Georgia Tech Yellow Jackets, 73-7, this past Saturday. Clemson followed up their impressive win agianst Miami with another incredible performance and had no trouble securing the victory after going into halftime with a 52-7 lead. Clemson dominated Georgia Tech on both sides of the ball, outgaining the Yellow Jackets by a 671-204 margin while also forcing George Tech into committing three turnovers. Leading the way for the Tigers was QB Trevor Lawrence who completed 24 of 32 passes for 404 yards, 5 TD’s, and an INT.

Syracuse has given Clemson trouble at times over the past few years, including upsetting Clemson at home in 2017, however, I just don’t see any way Syracuse keeps this one even somewhat competitive as the Orange are inexperienced on both sides of the ball. Clemson is the top team in the country with numerous offensive and defensive weapons and after seeing the Tigers completely dismantle Georgia Tech on the road, I think Clemson wins this one by 45-50 points and covers this spread. Good Luck! 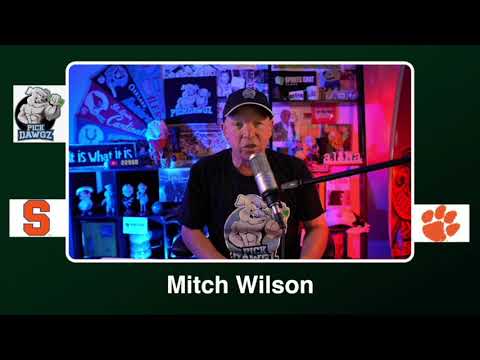