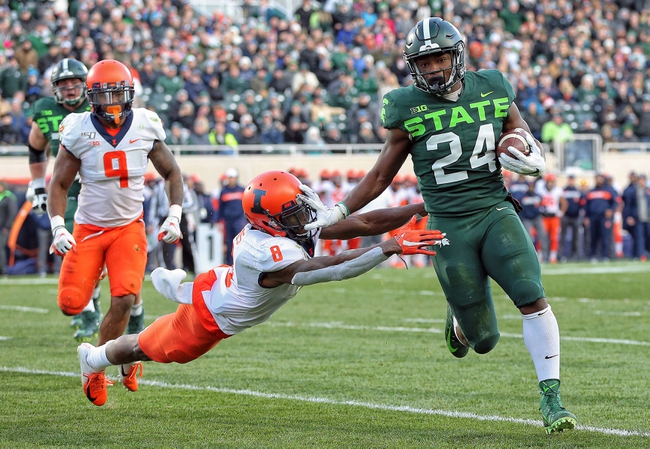 The Rutgers Scarlet Knights will travel to Spartan Stadium to take on the Michigan State Spartans this Saturday afternoon in College Football action.

The Rutgers Scarlet Knights had a rough 2019 season as the Knights finished the year with an overall record of 2-10 while going winless in Big Ten play (0-9). Rutgers struggled on both ends of the field as the offense finished the season ranked 2nd to last in all of College Football in both PPG (13.3) and total yards per game (273.1 yds/g). Rutgers picked up wins agianst UMass & Liberty, however, put up little fight in conference play as over their nine conference games, Rutgers lost by an average of 33 points. Rutgers brought back a familiar face in head coach Greg Schiano who had a successful tenure at Rutgers between 2001-2011.

Offensively, Rutgers averaged just 13.2 ppg on 273.1 total yards per game (139.3 passing yds/g; 133.8 rushing yds/g). Offensively, Rutgers have a couple of options at QB and as of right now, it seems that the job will be between Art Sitkowski (64.7 Comp %, 429 yards, TD, 2 INT) and Noah Vedral who is a graduate transfer from Nebraska. Leading the backfield for the Scarlet Knights will be Isaih Pacheco who had 771 yards & 7 TD’s on 169 carries last season. Rutgers also return their top receiver in Bo Melton (30 rec, 427 yards, 2 TD) and will hope that both Isaiah Washington (18 rec, 272 yards, TD) and Aron Cruickshank can play big roles this season.

Defensively, Rutgers allowed their opponents to average 36.7 ppg on 433.6 total yards per game (232.5 passing yds/g; 201.1 rushing yds/g). Leading the way for the Rutgers defense will be LB Tyshon Fogg.

The Michigan State Spartans had a down season in 2019 for their high standards as the Spartans finished the year with an overall record of 7-6 while finishing conference play with a 4-5 record. Michigan State started their year with a 4-1 record, however, lost five straight games and didn’t put up much of a fight against the top-tier as they lost to Ohio State, Wisconsin , and Penn State by an average of 27.6 ppg. Michigan State did finish their regular season winning their last two games to become bowl eligible and finished their season on a positive note with a 27-21 victory agianst the Wake Forest Demon Deacons in the New Era Pinstripe Bowl. Michigan State will have a new head coach on the sidelines this season in Mel Tucker who will be replacing Mark Dantonio.

Offensively, Michigan State struggled offensively as they Spartans averaged just 22.4 ppg on 371.9 total yards per game (244.8 passing yds/g; 127.2rushing yds/g). Michigan State will have QB Brian Lewerke (59.6 Comp %, 236.9 yds/g, 17 TD, 13 INT) back, however, it is not a guarantee he will get the starting job as he struggled with turnovers. The Spartans were hit hard at the receiver position as they no longer have their top three receivers from last season, led by Cody White. Leading the way for the Michigan State receivers will be Tre Mosley (21 rec, 216 yards, TD), Matt Dotson (16 rec, 151 yards, TD), and newcomer Ricky White. Leading the way for the Michigan State backfield will be Elijah Collins who finished last season with 988 yards & 5 TD’s on 222 carries.

Defensively, Michigan State allowed their opponents to average 22.5 ppg on 321.6 total yards per game (207.9 passing yds/g; 113.8 rushing yds/g). Leading the way for the Spartans defense will be LB Antjuan Simmons.

Both of these teams went through some major changes at the head coaching positions over the offseason but there is no doubting that Greg Schiano and the Rutgers have to much more rebuilding to do than Mel Tucker and the Michigan State Spartans. Rutgers were one of the worst offensive teams in the country last season and as I expect the Scarlet Knights to struggle once against this season, I think Michigan State and Elijah Collins do enough offensively to cover this home spread. Good Luck! 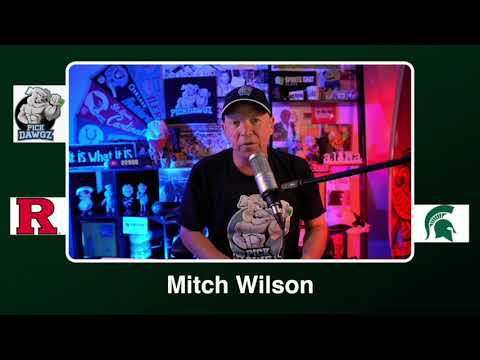