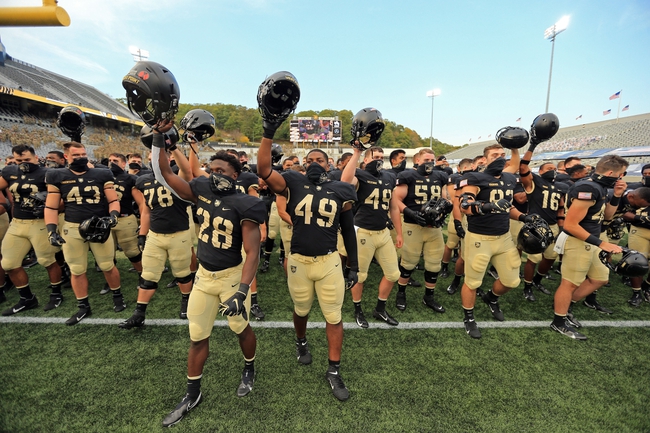 The Mercer Bears and Army Black Knights face off on Saturday in a non-conference college football showdown at Michie Stadium.

The Mercer Bears don’t have a very busy schedule this fall and they have played only one game so far this fall. Mercer’s first game of the season was against Jacksonville State and although they were competitive, they still lost by six points. Mercer was actually leading 14-3 after the first quarter, but 24 points given in the second quarter was the difference as they lost. Quarterback Harrison Frost went 12-25 throwing for 134 yards, two touchdowns, and one interception. Quarterback Tyray Devezin also had a big game rushing for 95 yards and a touchdown. In this game if Mercer wants to come away with a victory, they need to find a way to slow down the option.

On the other side of this matchup is Army who have played six games so far this year and the only loss was early in the season against the Cincinnati Bearcats. Even with the success this is a team that probably feels like they could be more impressive in their games. Two games ago against Citadel, Army could only manage 14 points. Army runs the option attack and so far this season they are averaging 309.5 yards per game on the ground. On defense, Army has actually been pretty good giving up only 13.2 yards per game and in this one it’s going to be about the defense stepping up in a big way again. Tyrell Robinson has been the best offensive player for the Black Knights putting up 298 yards but he hasn’t found the end zone. Army has five different players who have rushed for at least three touchdowns.

Army is the better team, but this feels like it could be like the Citadel game, because Mercer does have the offense to keep this game close. In this game look for Army to win the game, but Mercer will cover the spread.