The Georgia Southern Eagles and Coastal Carolina Chanticleers face off on Saturday in college football action at Brooks Stadium.

The Georgia Southern Eagles have found a lot of success this season and their only loss came against the Louisiana Ragin Cajuns. One big problem for Georgia Southern though, is all three of their wins weren’t really over anyone. In the last game the Eagles faced off with UMass, and they completely overmatched them winning 41-0. Georgia Southern is still running their option attack and on the season they are averaging 281 yards per game on the ground. On the season the Eagles are giving up 19 points per game and if they want to win, the defense is going to need to continue to be good. It would probably be smartest in this game for Georgia Southern to really try to control the clock and slow down the tempo of the game.

On the other side of this matchup is the Coastal Carolina Chanticleers who have been one of the biggest surprises in all of college football. The Chanticleers have won all four of their games and each of their last two games they have been underdogs. Coastal Carolina’s offense has been an issue all season for opposing defenses and coming into this game they are averaging 40.8 points per game. Coming into this game quarterback Grayson McCall has thrown for 930 yards, 11 touchdown, and one interception. Coastal Carolina’s defense is giving up 164.8 yards per game on the ground and in this one, the run defense will need to be strong.

Coastal Carolina’s offense is elite but don’t sleep on how many points Georgia Southern is able to score. Look for both teams to run up the score and for this game to go well over the total. 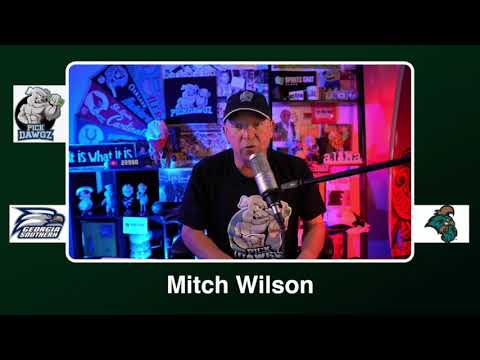