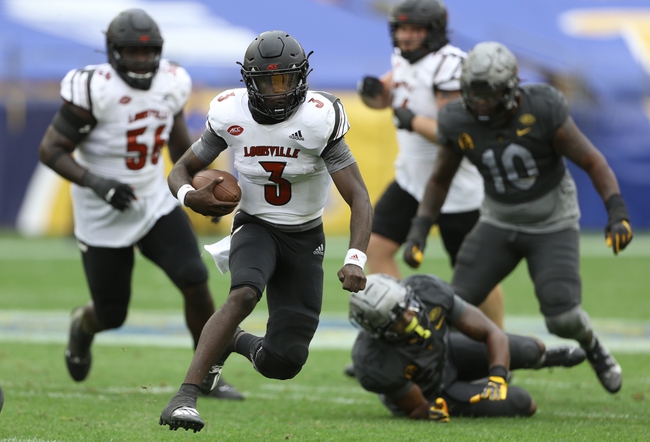 Louisville kept things close in South Bend against Notre Dame in week seven, losing the game by the final score of 12-7. Louisville held a tough Notre Dame offense to six points in each half, which is a very impressive feat for a team like this. Louisville was not able to do much on offense against the staunch defense of Notre Dame, but a five-point loss in a game where Louisville was double-digit underdogs is not too shabby at all. Louisville is now 1-4 on the year and 0-4 in conference play this season. The only win of the season for Louisville thus far was against a weak Western Kentucky team in the team's season opener. Louisville scores 24.6 points per game and earns 386.0 total yards per game as well. Louisville also allows 29.8 points per game to the opposition so far this season.

Louisville opens as the 6.5-point favorites, as the oddsmakers are not quite ready to give Florida State too much love even after FSU's performance in week seven. Nonetheless, I am taking Florida State and the points here, as I think Florida State will win this game outright.

Ron is a Sports Media and Journalism major. He has been a sports journalist for over 4 years.
Follow Ron Romanelli on Twitter @RonnieRomanelli
https://www.youtube.com/watch?v=CR35zcRtfDo