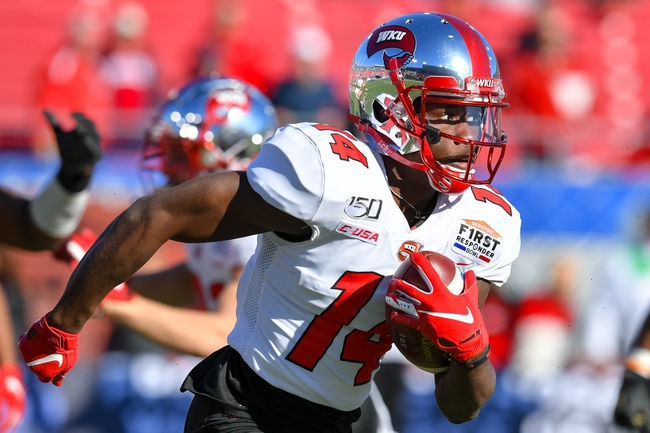 The Chattanooga Mocs and Western Kentucky Hilltoppers face off on Saturday in a College Football showdown at Houchens Industries–L. T. Smith Stadium at Jimmy Feix Field.

The Chattanooga Mocs will be playing their first and last game of the fall season when they step onto the field in this game. The Mocs weren’t a terrible team last season, but they also weren’t elite but there was a buzz around this team when there were thoughts they could play a full year. Chattanooga lost their starting quarterback from last season but Drayton Arnold can step up after starting three games last season. Last season, Chattanooga averaged 26.3 points per game while the defense gave up 30 points per game. In this game if the Mocs want to come away with a win they need the defense to step up, and they can’t be playing catch up.

On the other side of this matchup is the Western Kentucky HIlltoppers who have played five games, and they have won only one of the games. This isn’t an elite offensive team, so to have success, they need the defense to be good. In the last game against UAB, the defense really struggled giving up 37 points and that led to the loss. On the season Western Kentucky is averaging 18.6 points while giving up 31.4 points per game. Tyrrell Pigrome and Kevaris Thomas have both been under center this year and both could play this season. In this game if they want to win they need the offense to be good early, and not fall behind. The last thing they want is to give Chattanooga some confidence.

Western Kentucky might not have had a whole lot of success this season, but Chattanooga is going to struggle to score in this game. Look for Western Kentucky to have enough success and they will win this game and cover the spread.