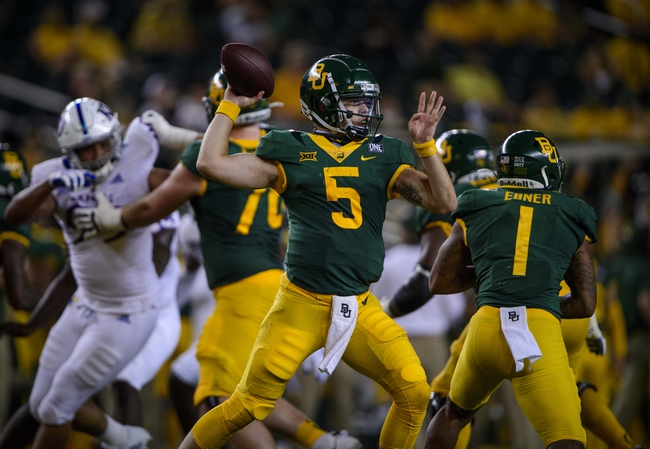 The Baylor Bears have dealt with all kinds of COVID issues this season and that has led to them playing only two games so far this year and their last game on October 3rd. To start off the season Baylor beat Kansas before losing their last game against the West Virginia Mountaineers. In that last game against West Virginia, they didn’t play terrible, but they ended up losing by six points. In the first game of the season, Baylor scored 47 points, against the Jayhawks, but there have to be some questions about just how impressive that is. At quarterback Baylor is led by Charlie Brewer who has thrown for 371 yards, four touchdowns, and two interceptions.

On the other side of this matchup is the Texas Longhorns who won their first two games of the season before losing their last two games. The offense has been strong all season but their defense has been an issue and in the last game against the Oklahoma Sooners they gave up 53 points. On the season Texas is averaging 49.5 points per game while giving up 36.2 points per game. Texas is giving up 400 yards per game. At quarterback, Texas is led by Sam Ehlinger who has thrown for 1,211 yards, 16 touchdowns, and four interceptions. Long drives that take time off the clock will be important in this game.

Texas has a terrible defense and it’s going to be an issue again in this one. Baylor might not do enough to win the game, but they will do enough to cover the spread.In terms of the total, both teams are going to find success scoring and this game will go over the total.