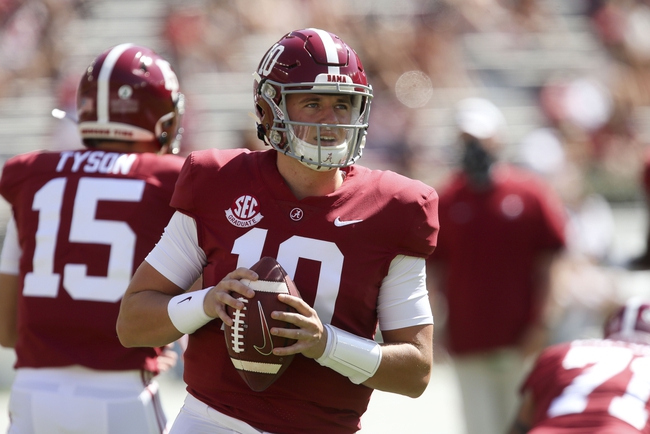 The 2nd ranked Alabama Crimson Tide will travel to Neyland Stadium to take on the Tennessee Volunteers this Saturday afternoon in College Football action.

The 2nd ranked Alabama Crimson Tide improved to 4-0 (4-0 SEC) on the season after defeating the 3rd ranked Georgia Bulldogs, 41-24, this past Saturday. Alabama had all they could handle from Georgia in the 1st half and went into halftime trailing by a 24-20 margin, however, the Crimson Tide dominated the Bulldogs on both sides of the ball throughout the 2nd half and pulled away for victory after a 2-yard TD run by Najee Harris gave the Crimson Tide a 34-24 lead with :51 seconds left in the 3rd quarter. Alabama outgained Georgia by a 564-414 margin and won the turnover battle by a 3-1 margin in the victory. Leading the way for the Crimson Tide was QB Mac Jones who completed 24 of 32 passes for 417 yards, 4 TD, and 1 INT.

The Tennessee Volunteers lost their 2nd straight game and dropped to 2-2 (2-2 SEC) on the season after being defeated by the Kentucky Wildcats, 34-7, this past Saturday. Tennessee could not get anything going on the offense end at home against the Kentucky defense and could not fight back after the Wildcats took 24-7 lead midway through the 3rd quarter. Tennessee was outgained by Kentucky by a 294-287 margin and lost the turnover battle by a 4-1 margin in the loss. Leading the way for the Volunteers was RB Eric Gray who had 128 rushing yards on 24 carries.

Alabama passed their biggest test of the season with a convincing victory agianst Georgia, especially as the Crimson Tide offense was able to put up 564 yards agianst an incredibly good defense. Tennessee came into this season with high hopes, however, the Volunteers have struggled over the last two weeks and it is concerning that the offense just does not seem to have many weapons outside of Eric Gray. The road team is 18-6-1 ATS in the last 25 meetings between these two teams and as I just do not see the Crimson Tide offense having trouble putting up points agianst the Tennessee, I’m taking Alabama to cover this double-digit road spread. Good Luck! 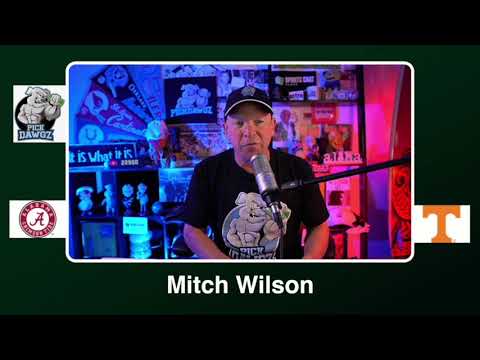