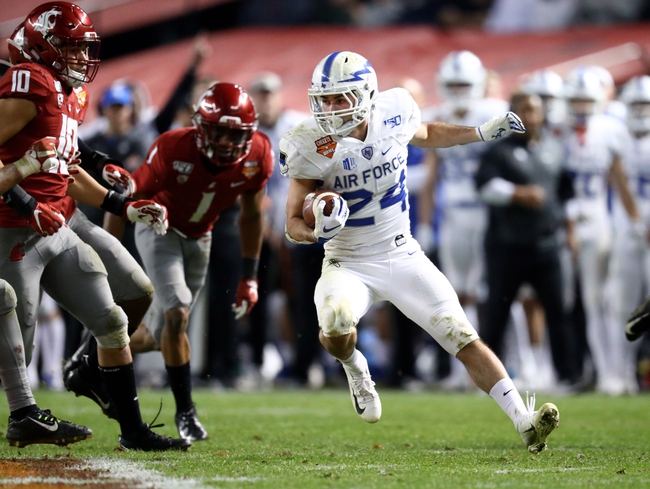 The Air Force Falcons will look for another win to improve on their 40-7 win over Army to kick off their season last time out. Haaziq Daniels threw for 41 yards on 4 of 9 passing but ran for a score and 96 yards as well. Timothy Jackson led Air Force with 19 carries for 118 yards while Brad Roberts had 103 rushing yards and a TD as well. Warren Bryan and Matthew Murla each had a rushing TD as well for the Falcons while Daniel Morris had 3 catches for 29 yards and Tevye Schuettpelz-Rohl went 4 for 4 in the kicking game. Defensively, George Silvanic and Alec Mock each had 7 total tackles with Silvanic logging 1.5 sacks and Mock putting up a sack of his own while Corvan Taylor had an interception.

The San Jose State Spartans will try to take another step in the right direction after improving from a 1-11 record in 2018 to a 5-7 mark in 2019. The Spartans boasted the 4th-best passing offense in the country last year, averaging 338 passing yards per game, but now Josh Love is gone and Nick Nash needs some work on that part of his game, but Nash ran for 255 yards and 3 TDs as well. Also factoring into the mix will be former Arkansas Razorback and Texas A&M Aggie Nick Starkel to fight for the starting job. Whether it’s Starkel or Nash, they’ll have receivers to go to, led by Tre Walker who had 79 catches for just under 1,200 yards last year and Isaiah Hamilton who had 16.7 yards per reception with 43 grabs and 4 touchdowns as well. Tyler Nevens is back to lead SJSU’s ground attack and Kairee Robinson returns as well, but the man to watch is freshman Shamar Garrett who comes in as the prize of San Jose State’s recruiting haul for this year. Defensively, 8 of SJSU’s top 11 tacklers from last year are expected back, including Tysyn Parker, Rico Tolefree and Kyle Harmon. The pass defense was good but mainly because the run defense was so poor and that’s something that the Spartans will have to be weary of going forward.

It’s hard to go off of nothing in these opening games, but Air Force has a couple of things in their favor. They’ve had a game to shake off the rust and against a decent Army team, the Air Force option looked really good. Now fast forward to here, against a San Jose State team that struggled against the run last season and haven’t given us any reason to believe that’s changed? Oh boy. I think San Jose State will figure things out long term, but game one could be rough sledding. I’ll lay the points with Air Force here. 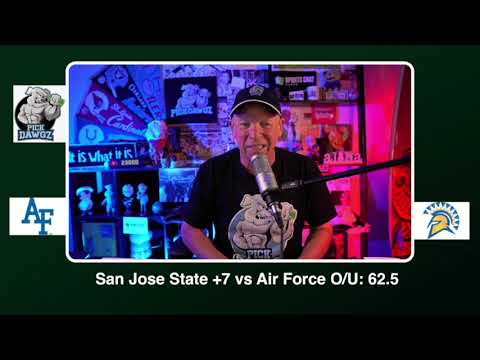