Louisiana is coming off a 30-27 loss to Coastal Carolina in its last game in week seven. Louisiana was ranked #21 in the nation before the game, but Louisiana's first loss of the season has pushed the team out of the AP rankings. Louisiana is now 3-1 on the year and 2-1 in Sun-Belt conference play. Louisiana scores 28.0 points per game and earns 410.5 total yards per contest. Louisiana allows 23.3 points per game to the opposition so far this season, as the defense has held up well. Louisiana will look to bounce back from the loss to Coastal when it takes on a very tough UAB school.

UAB took down Western Kentucky by the final score of 37-14 in week seven to push its record to 4-1. UAB is 2-0 in conference play in the Conference-USA and UAB currently leads the Conference-USA West division. UAB's only loss of the season was to Miami in its first game of the season. UAB scores 31.8 points per game and earns 404 total yards per game as well. UAB allows 20.6 points per game to the oppositon, as its defense has also had success to start the year.

I think this matchup could be one of the more entertaining non-conference battles in week eight. Louisiana's defense did not look sharp against Coastal Carolina, and that worries me. UAB can and will take advantage of weak secondaries, and I think UAB can pull out the victory in this one. UAB has one of its best teams in years, and I like the Blazers to reach a 5-1 start to the season. 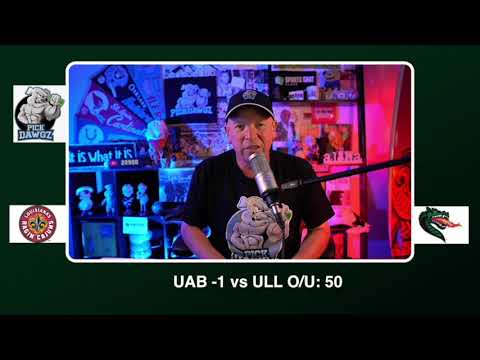