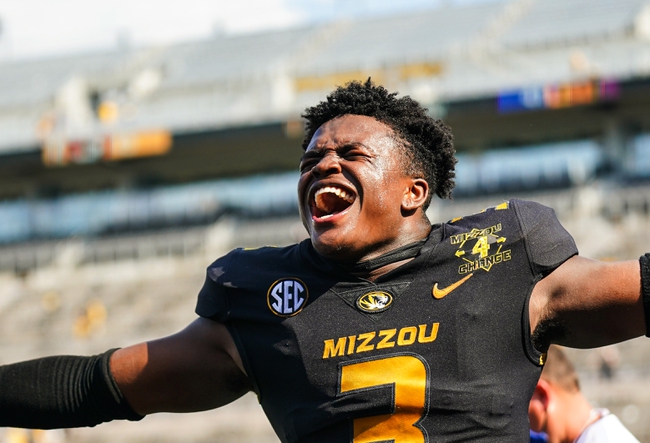 The Vanderbilt Commodores and Missouri Tigers face off on Saturday in a college football showdown at Faurot Field.

Coming into this season there was concern that it could be another long season and so far it has turned out to be exactly that as the Vanderbilt Commodores have struggled to score points all season. Vanderbilt is only averaging 8.7 points per game and the most points they scored was in Week 1, a game they only put up 12 points in. Each of the last two games Vanderbilt’s defense has also been a big issue giving up 41 points in each of the two games. Quarterback Ken Seals has looked decent at times but he has had four interceptions thrown and in this game the last thing their offense can be doing is turning over the ball.

On the other side of this matchup is the Missouri Tigers who lost their first two games of the season before pulling off the big upset in their last game against the LSU Tigers. This is a defense that has been an issue, but in the last game the Tigers offense really got going putting up 45 points and that led to a four point victory. Tigers quarterback Conner Bazelak has had a big year putting up 692 yards, four touchdowns and one interception. In this game the Tigers need their offense to be good and really try to put pressure on Vanderbilt’s offense to keep up.

Vanderbilt has looked terrible this season and there is no reason to believe it’s going to be any different in this game. Missouri is going to have all kinds of offensive success in this game and have no issue winning the game and covering the spread. In terms of the total it’s a lean to the under because of Vanderbilt’s lack of scoring.