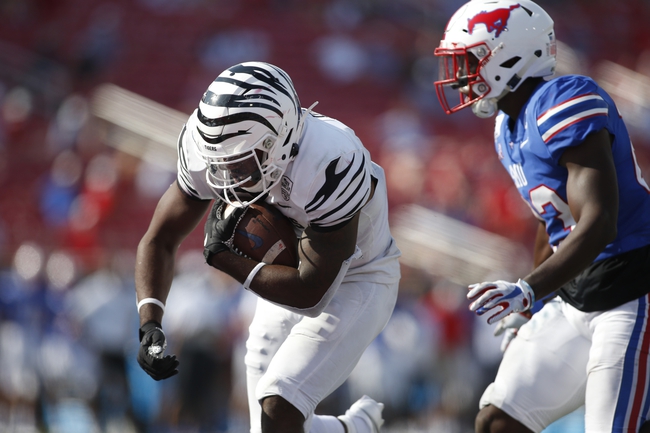 The Central Florida Knights and Memphis Tigers face off in a college football showdown on Saturday at the Liberty Bowl Memorial Stadium.

UCF has been favored in all three of their games so far this season, but they have only won two of those games. After winning the first two games of the season, Central Florida’s offense didn’t score enough in the last game against Tulsa and that led to an eight-point loss. In the first two games, Central Florida was averaging 50 points per game, and in this game they need to get back to that offensive success. On the season UCF is averaging 42 points and over 580 yards per game. Quarterback Dillon Gabriel has thrown for 1155 yards, nine touchdowns, and two interceptions.

On the other side of this matchup is the Memphis Tigers who have delta what COVID issues with has caused them to only play two games, but they currently sit with a 1-1 record. Memphis’s last game was against SMU and if they wouldn’t have gotten off to a terrible start they probably would have come away with a victory, but that didn’t happen and that led to a three-point loss. Quarterback Brady White Comes into this game having thrown for 576 yards, seven touchdowns, and three interceptions. On defense, Memphis is giving up 27 points per game and that side of the ball is going to need to be strong in this game.

These are both elite offenses teams and that is going to be the storyline in this game. Look for UCF and Memphis to run up the score and this game is going to have no issue coming away with the victory. In terms of the side, Memphis is going to win and take them on the money line.