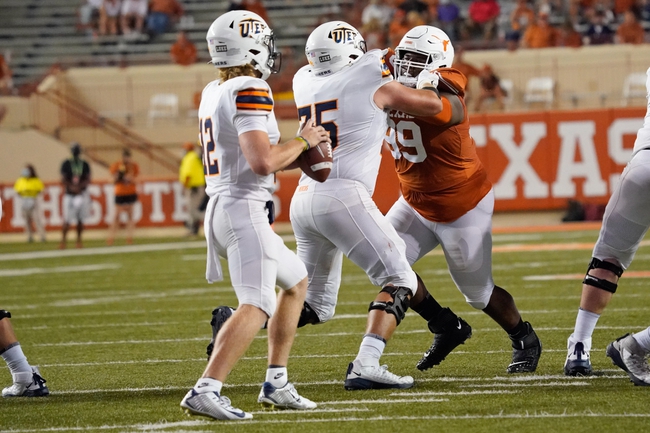 The UTEP Miners had their 2-game winning streak snapped and dropped to 2-3 (0-1 C-USA) on the season after being defeated by the Louisiana Tech Bulldogs, 21-17, this past Saturday. UTEP did a solid job defensively against the Louisiana Tech offensive attack, however, the Miners couldn’t fight back for the upset victory after the Bulldogs took a 21-10 lead on a 1-yard TD run by Israel Tucker early in the 4th quarter. UTEP outgained by Louisiana Tech by a 266-210 margin, however, lost the turnover battle by a 2-0 margin in the loss. Leading the way for the Miners was QB Gavin Hardison who completed 18 of 38 passes for 206 yards, 1 TD, and 1 INT.

Southern Mississippi was able to pick up their first win of the season, but this isn’t a great football team as although their offense can put up some points, the Golden Eagles defense has allowed at least 30 points in each of their 4 games this season against offenses that I wouldn’t say are great. UTEP has been one of the worst teams in College Football over the past few years, however, the Miners are a better team this season and I was impressed by their defensive effort agianst Louisiana Tech. I cannot trust a Southern Mississippi team that is giving up points on the road and as I think the UTEP offense will be able to put up some points in this one, I think the play is to take UTEP and the points. Good Luck!