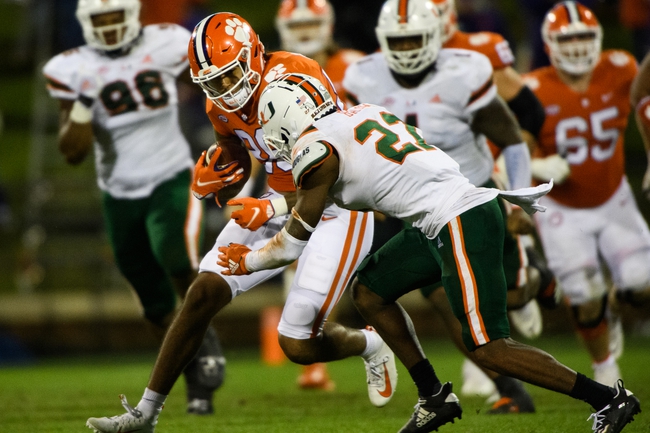 Pittsburgh is coming off a 31-30 loss to Boston College in week six of the season. Pittsburgh is now 3-2 overall this season and 2-2 in ACC Conference play. Pittsburgh is now on a two-game losing streak, as the team has lost back-to-back games against ACC opponents. Pittsburgh was six-point favorites in the game against Boston College on the road, and Pitt lost in overtime in a brutal way. After scoring a touchdown to make it 31-30, Pittsburgh missed the PAT (point after touchdown) to lose the game to Boston College. Pittsburgh will look to shake this losing streak, as this was a team that was ranked earlier in the season. Pittsburgh averages 31.6 points per game and 409.6 yards per game. Pittsburgh's defense allows 18.2 points per game to the opposition, and Pitt's rush defense is one of the best in the country -- only allowing 52.0 yards per game on the ground.

Miami had the daunting task of taking on #1 ranked Clemson in week six. Clemson took down Miami by the final score of 42-17 in that game, as Clemson was in control from start to finish. That loss was Miami's first of the season, as Miami is still 3-1 on the year and 2-1 in ACC conference play. Miami is ranked #13 in the country and will look to find its third ACC win of the season at home. Miami averages 36.8 points per game and 426.8 total yards per game as well. Miami allows 25.0 points per game to the opposition, and the 42 points that were allowed against Clemson is a big reason why.

I like Miami to rebound from a blowout loss to Clemson with a big win over Pittsburgh at home. Miami's offense was mostly held at bay against Clemson, but I like D'Eriq King and the Miami offense to shine in this one. I do not believe that Pittsburgh will be able to go toe-to-toe with this Miami team, and I will lay the 10.5 points with Miami here. 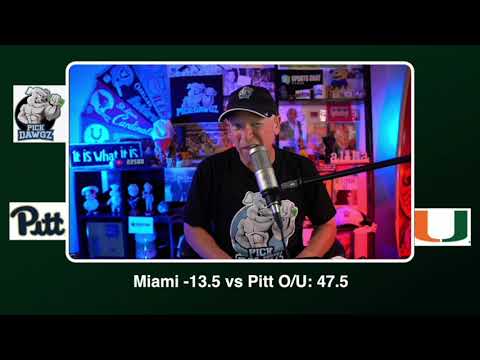