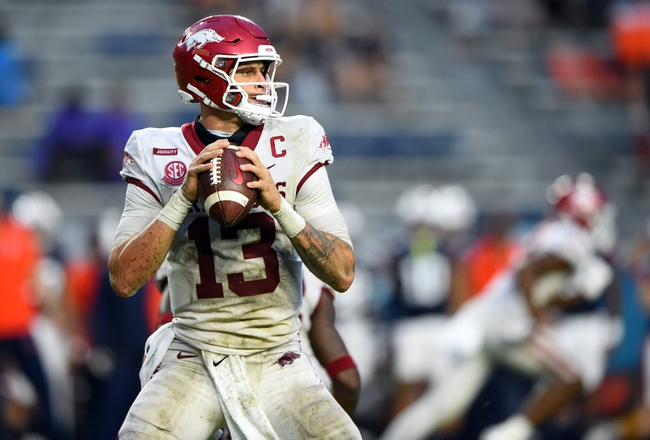 The Ole Miss Rebels will travel to Razorback Stadium to take on the Arkansas Razorbacks this Saturday afternoon in College Football action.

The Ole Miss Rebels dropped to 1-2 (1-2 SEC) on the season after being defeated by the 2nd ranked Alabama Crimson Tide, 63-48, this past Saturday. Ole Miss gave Alabama all they could handle and was tied the Crimson Tide at 42-all early in the 4th quarter, however, the Rebels defense couldn’t get any key stops late in the game and could not fight back after Alabama took a 56-45 lead with 3:16 left in the game. Ole Miss was outgained by Alabama by a 723-647 margin in the loss. Leading the way for the Rebels was WR Kenny Yeboah who has 181 receiving yards and 2 TD’s on 7 receptions.

The Arkansas Razorbacks dropped to 1-2 (1-2 SEC) on the season after being defeated by the 13th ranked Auburn Tigers, 30-28, this past Saturday. Arkansas took a 28-27 lead late on a 30-yard TD reception by De’Vion Warren, however, couldn’t hold on late as after as after Auburn kept the football on a controversial non-fumble call, the Tigers were able to get victory on a 39-yard FG with just :07 seconds left in the game. Arkansas was outgained by Auburn by a 446-437 margin and did not commit a turnover in the loss. Leading the way for the Razorbacks was QB Feleipe Franks who completed 22 of 30 passes for 318 yards & 4 TD’s.

Ole Miss is certainly going to be able to score a lot of points this season under Lane Kiffin, however, unless they improve their defense which has allowed over 50 ppg this season, it is going to be hard for the Rebels to pick up many wins. Arkansas has looked solid this season as they were competitive against Georgia and should have upset Auburn last weekend if not for a bad call and has been solid defensively. Arkansas has a decent passing attack which should find success at home agianst Ole Miss and as the underdog is 8-1 ATS in the last 9 matchups between these teams, I’m taking Arkansas and the points at home. Good Luck! 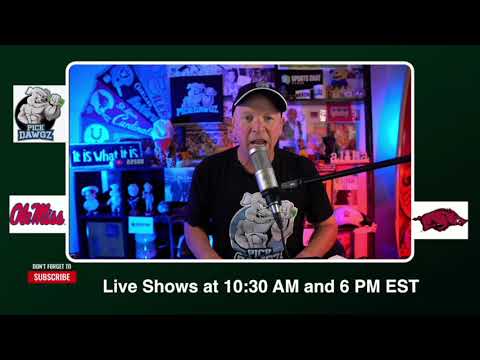