The North Carolina Tar Heels and Florida State Seminoles face off on Saturday in a college football showdown at Doak Campbell Stadium.

The last time these two teams faced off was back in 2016 when North Carolina came away with a 37-35 victory.

The expectations around this North Carolina Tar Heels team is high and it’s not only getting higher as the season has gone on. The Tar Heels come into this game with a 3-0 record and in the last game against Virginia Tech, the offense put up 56 points. On the season North Carolina is averaging 37.7 points per game while averaging 506.7 yards per game. Quarterback Sam Howell has had a big year throwing for 777 yards, six touchdowns, and three interceptions. The Tar Heels defense wasn’t great in the last game and needs to be better especially against an offense that has been less stellar at times.

North Carolina’s offense is elite and that is going to continue in this game. Look for them to attack a terrible Florida State Seminoles and have no issue winning this in blowout fashion. Back North Carolina to cover the spread with ease and if you can buy a few more points to lay, that is a good play to. 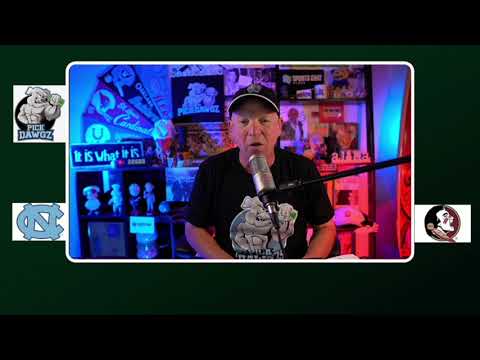