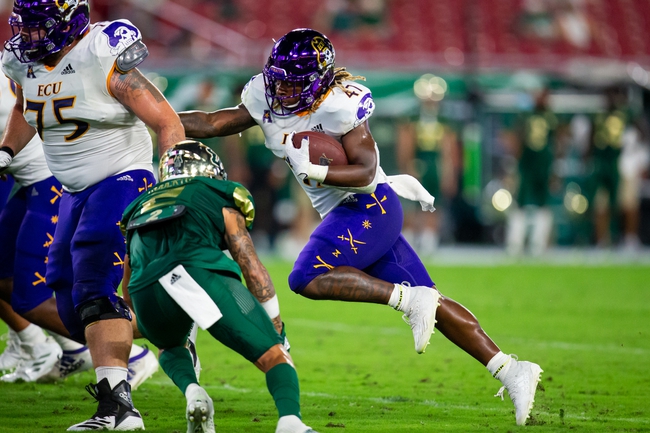 The Navy Midshipmen will travel to Dowdy-Ficklen Stadium to take on the East Carolina Pirates this Saturday afternoon in College Football action.

The Navy Midshipmen improved to 2-2 (2-0 AAC) on the season after defeating the Temple Owls, 31-29, this past Saturday. Navy was sold in the 1st half, going into halftime with a 21-10 lead, and was able to hang on late for the victory after stopping Temple’s game-tying two-point conversation with just 1:02 left in the 4th quarter. Navy was outgained by Temple by a 407-299 margin, however, did win the turnover battle by a 1-0 margin in the victory. Leading the way for the Midshipmen was Nelson Smith who had 120 yards & 2 TD’s on 20 carries.

The East Carolina Pirates picked up their first win of the season, improving to 1-2 (1-1 AAC) on the year, after defeating the South Florida Bulls, 44-24, this past Saturday. East Carolina was outstanding offensively against the Bulls and did not have any trouble cruising to victory after taking a 38-17 lead going into the 4th quarter. East Carolina outgained South Florida by a 432-398 margin and won the turnover battle by a 2-0 margin in the victory. Leading the way for the Pirates was RB Rahjai Harris who had 115 yards & 2 TD’s on 19 carries.

Navy has been able to pick up a couple of nice wins in conference play this season against Temple & Tulane, however, this is not the same Navy team we’ve seen in recent years as both the offense and defense has struggle on the season. East Carolina picked up a nice win on the road agianst South Florida and although their defense can give up points, their offense has been solid in both their rushing and passing attacks. East Carolina’s biggest weakness on defense is against opposing passing attacks which shouldn’t be too much of a worry agianst Navy’s run-first offense and as I think the Pirates offense will be able to put up points against the Midshipmen, I’m taking the home team and points in this one. Good Luck! 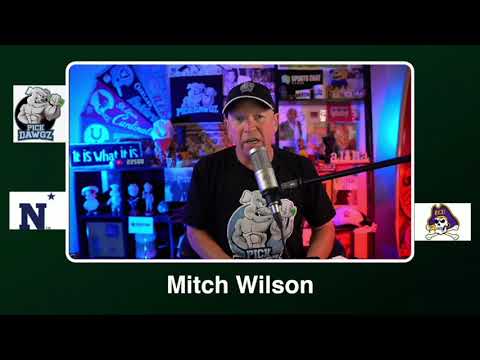