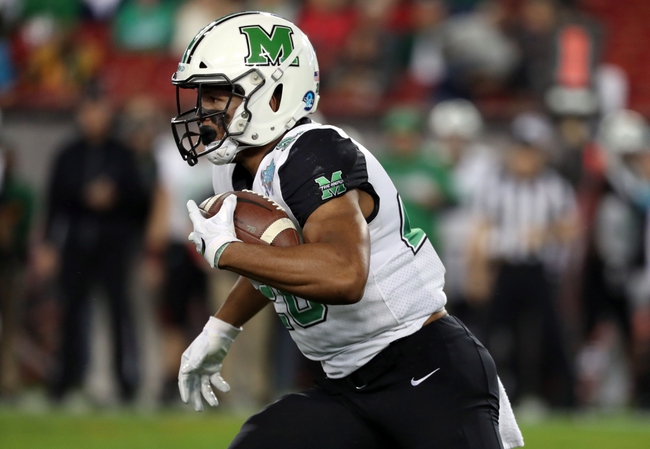 The Marshall Thundering Herd will travel to Joe Aillet Stadium to take on the Louisiana Tech Bulldogs this Saturday night in College Football action.

The Marshall Thundering Herd improved to 3-0 (1-0 C-USA) on the season after defeating the Western Kentucky Hilltoppers, 38-14, this past Saturday. Marshall made quick work of Western Kentucky and had no trouble getting the victory after going up 35-0 early in the 3rd quarter after a 38-yard fumble return TD by Tavante Beckett. Marshall outgained Western Kentucky by 343-294 margin and won the turnover battle by a 3-0 margin in the loss. Leading the way for the Thundering Herd was RB Brenden Knox who had 107 rushing yards & 3 TD’s on 15 carries.

The Louisiana Tech Bulldogs improved to 3-1 (2-0 C-USA) on the season after defeating the UTEP Miners, 21-17, this past Saturday. Louisiana Tech struggled offensively against UTEP, however, was able to hold UTEP in the 4th quarter after taking a 21-10 lead on a 1-yard TD run by Israel Tucker. Louisiana Tech was outgained by UTEP by a 266-210 margin, however, did win the turnover battle by a 2-0 margin in the victory. Leading the way for the Bulldogs was Israel Tucker who had 47 rushing yards & 2 TD’s on 16 carries.

Marshall has looked impressive so far this season and should be a dangerous team in C-USA this season behind a defense that held a very good Appalachian State team to just 7 points earlier this season. Louisiana Tech is a solid team, however, I watched the 2nd half of their recent game against UTEP and I can’t see I was very impressed with what I saw on the offense end as they struggled agianst the Miners defense. Marshall’s offense certainly has weapons to put up plenty of points and as I see the Louisiana Tech offense struggle putting up more than 14 points in this one, I think the play here is to take Marshall to cover this large spread. Good Luck. 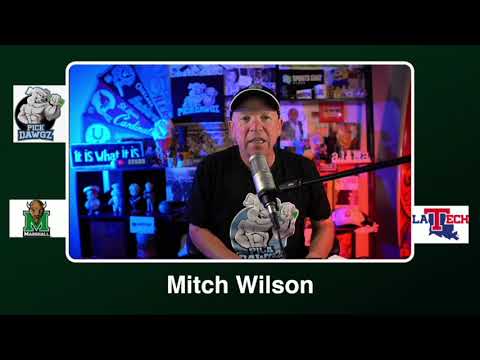