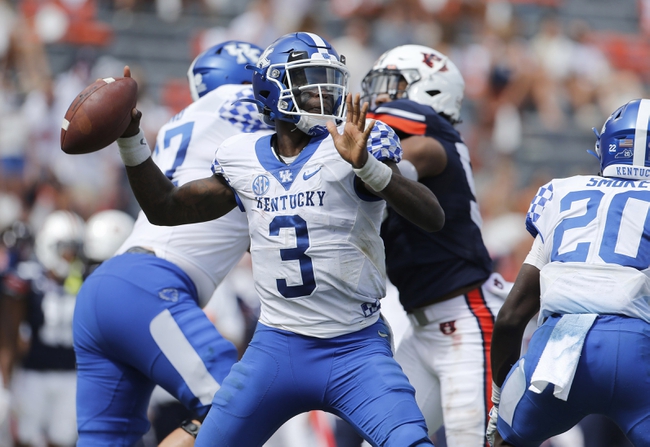 The Kentucky Wildcats will travel to Neyland Stadium to take on the 18th ranked Tennessee Volunteers this Saturday afternoon in College Football action.

The Kentucky Wildcats picked up their first win of the season and improved to 1-2 (1-2 SEC) on the season after defeating the Mississippi State Bulldogs, 24-2, this past Saturday. Kentucky had an outstanding defensive effort agianst Mike Leach’s “Air Raid” offense and had no trouble picking up the victory after taking a 21-2 lead on a pick-six by the Wildcats Jordan Wright with 6:25 left in regulation. Kentucky was outgained by Mississippi State by a 295-157 margin, however, did win the turnover battle by a 6-1 margin in the victory. Leading the way for the Wildcats was QB Terry Wilson who completed 8 of 20 passes for 73 yards & 1 TD while also adding 50 yards rushing on the ground.

The 18th ranked Tennessee Volunteers dropped to 2-1 (2-1 SEC) on the season after being defeated by the 3rd ranked Georgia Bulldogs, 44-21, this past Saturday. Tennessee went into halftime with a 21-17 lead, however, the Volunteers were dominated on both sides of the ball in the 2nd half and could not fight back after Georgia took a 37-21 lead with 10:31 left in the 4th quarter. Tennessee was outgained by Georgia by a 431-214 margin and lost the turnover battle by a 3-2 margin in the loss. Leading the way for the Volunteers was WR Josh Palmer who had 71 yards and 2 TD’s on 4 receptions.

Tennessee is a better team than we have seen in recent years, however, I do not think they are a top-20 team in the country despite having a solid defense. Kentucky is better than their 1-2 record might indicate and showed how outstanding their defense can be in their recent victory at Mississippi State. I think that this game is going to be a low-scoring, close battle and as I think Kentucky will have a chance to pull of the victory late in this one, I think the play here is to take the Wildcats and the points. Good Luck! 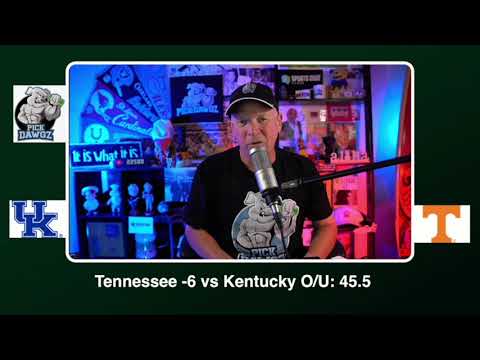