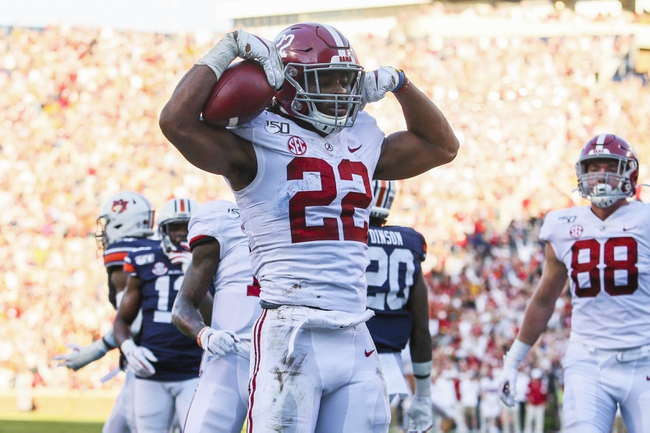 The 3rd ranked Georgia Bulldogs will travel to Bryant-Denny Stadium to take on the 2nd ranked Alabama Crimson Tide this Saturday night in College Football action.

The 3rd ranked Georgia Bulldogs improved to 3-0 (3-0 SEC) on the season after defeating the 14th ranked Tennessee Volunteers, 44-21, this past Saturday. Georgia once again had a slow 1st half as the Bulldogs went into halftime trailing by a 21-17 margin, however, the Bulldogs dominated the Volunteers on both sides of the ball in the 2nd half and closed out the game scoring 27 unanswered points for the victory. Georgia outgained Tennessee by a 431-214 margin and won the turnover battle by a 3-2 margin in the victory. Leading the way for the Bulldogs was QB Stetson Bennett who completed 16 of 27 passes for 238 yards & 2 TD.

The 2nd ranked Alabama Crimson Tide improved to 3-0 (3-0 SEC) on the season after defeating the Ole Miss Rebels, 63-48, this past Saturday. In one of the more entertaining games of the season, Alabama was able to outlast Ole Miss in an game that featured very little defense after a 39-yard TD run by Najee Harris gave the Crimson Tide a 15-point lead with just 1:09 left in the 4th quarter. Alabama outgained Ole Miss by a 723-647 margin and converted 37 first downs in the victory. Leading the way for the Crimson Tide was RB Najee Harris who had 206 rushing yards & 5 TD’s on 23 carries.

Georgia and Alabama are two of the best teams in all of College Football and this should be a great matchup as we see an explosive Alabama offense that is averaging over 50.0 ppg go agianst arguably the best defense in all of College Football. Georgia certainly has the talent to challenge Alabama, however, it has been a bit concerning how the Bulldogs have struggled out of gates as evident by trailing at halftime to both Arkansas & Tennessee this season. Alabama’s Najee Harris is going to have his hands full trying to find room to run against the Georgia rushing defense, however, between the fact that Alabama can do a ton of damage through the air with Mac Jones & Jaylen Waddle and that the Crimson Tide have dominated Georgia recently in this matchup, I think Alabama does enough at home to cover this spread. Take the Crimson Tide to cover. Good Luck! 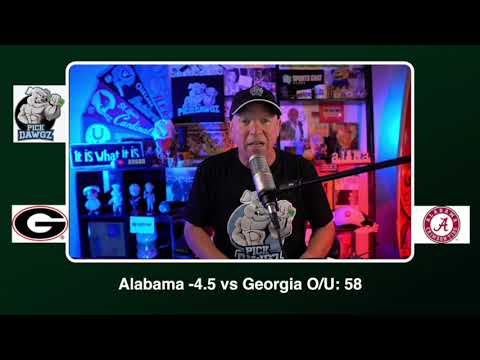