Where to Watch: FSN Stream live sports and exclusive originals on ESPN+. Sign up now!

The Duke Blue Devils and NC State Wolfpack face off on Saturday in a college football showdown at Carter-Finley Stadium.

Coming into this season there was some hope Duke would be a solid team, but coming into this game they sit with a 1-4 record. After losing the first four games of the season, Duke finally got it going in the last game against Syracuse winning 38-24. The did score 31 points against Virginia Tech two games ago, so it appears the offense is moving in the right direction. Quarterback Chase Brice has looked better in each of the last two games and that has led to the offense finding more success.in the last game against Syracuse, Brice threw for 270 yards, two touchdowns, and one interception.

On the other side of this matchup is the NC State Wolfpack who have won three of their four games this season. The only loss was three games ago against Virginia Tech, a game they lost in blowout fashion. In the last game against the Virginia Cavaliers, they were seven point underdogs, but they were able to come away with a 38-21 victory. At quarterback NC State is led by Devin Leary who has played in only three games but he has thrown for 685 yards, seven touchdowns, and one interception. On the season NC State is averaging 34.2 points per game and the defense is giving up 34.2 points per game.

This game is going to be a shootout with very little punting. Look for NC State and Duke to both score over 60 points and this game is going to go well over the total. If you can buy this number up a few points to get even more value, that is the play. 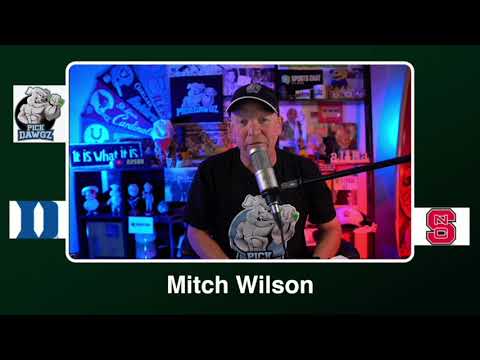