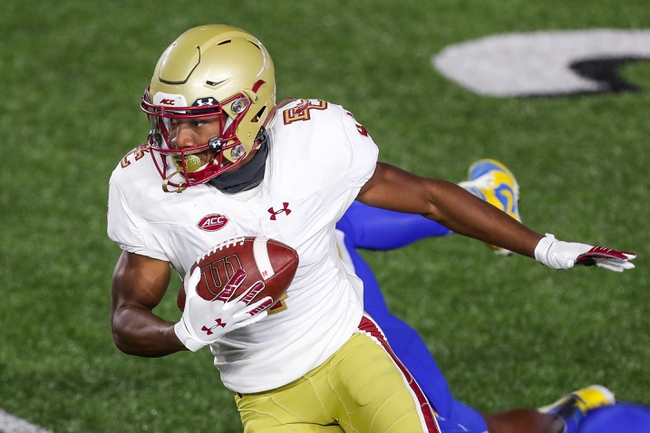 The Boston College Eagles and Virginia Tech Hokies face off on Saturday in a college football showdown at Lane Stadium.

It hasn’t been the prettiest start of the season for the Boston College Eagles but they have managed to win three of their four games and in all three of those games they were able to cover the spread. In the last game against the Pitt Panthers, it wasn’t the prettiest game, but a missed extra point allowed Boston College to come away with a victory. On the season Boston College is averaging 25.8 points per game while the defense is giving up 20.8 points per game. Boston College is a grind it out type of team and in this game it’s going to be important that they control the pace and slow it down. One way to do that is do a better job of running the ball, something they haven’t done yet this year. Boston College doesn’t want to get into a shootout.

On the other side of this matchup is the Virginia Tech Hokies who had won their first two games of the season before losing their last game against the North Carolina Tar Heels. The Hokies were able to score 45 points in the last game but they gave up 56 points and that led to the loss. The Hokies are a run-first team led by Khalil Herbert who has already rushed for 450 yards and five touchdowns this season. On the season Boston College is giving up 37 points per game and against an offense that isn’t elite, the defense needs to be better.in this one.

Boston College isn’t an elite offensive team, but if they want to win this game, they are going to have to score plenty of points. Look for Virginia Tech to push the pace of this game, there will be plenty of scoring by both teams, and this game will go well over the posted total. 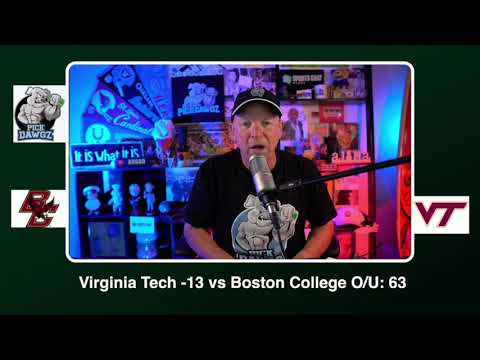