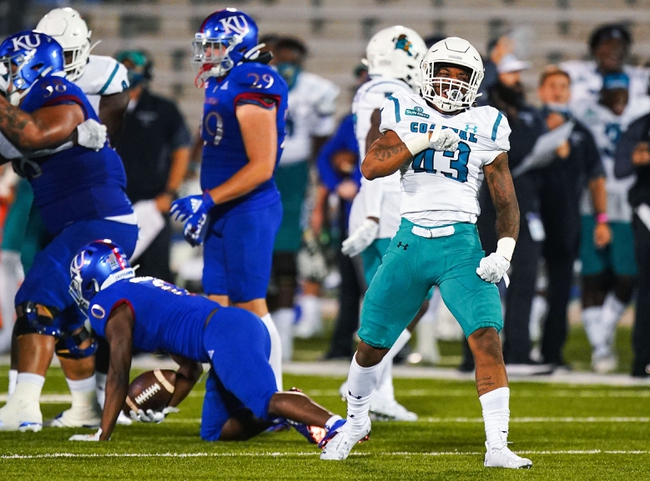 The Coastal Carolina Chanticleers and Louisiana Ragin Cajuns face off on Wednesday in a college football showdown at Cajun Field in Lafayette. This game was postponed  until Wednesday because of Hurricane Delta.

The Coastal Carolina Chanticleers have been quite impressive with their success so far this season. Coastal Carolina currently sits with a 3-0 record and they have covered two of the spreads. In the last game against Arkansas State, Coastal Carolina’s offense was elite, putting up 52 points and that led to a victory. On offense, Coastal Carolina is led by Grayson McCall who has put up 728 yards, nine touchdowns, and one interception.The running game has also been strong for this team averaging almost 200 yards per game on the ground. In this game it’s going to be about the defense stepping up so they don’t have to try and win a shootout.

On the other side of this matchup is the Louisiana Ragin Cajuns who have also won each of their first three games of the season, but they have only covered one of the spreads. Each of the last two games Louisiana looked like they were going to lose it late before finding a way to pull it off. On the season Louisiana is averaging 28.3 points per game while their defense is giving up 21.0 points per game. Quarterback Levi Lewis has thrown for 723 yards, four touchdowns, and three interceptions. Slow starts have been a problem for The Ragin Cajuns so far this year and that is something that can’t happen if they want to win this game. 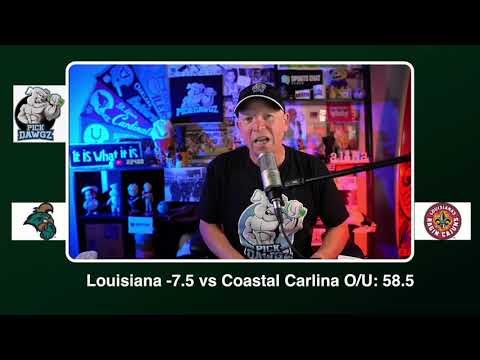