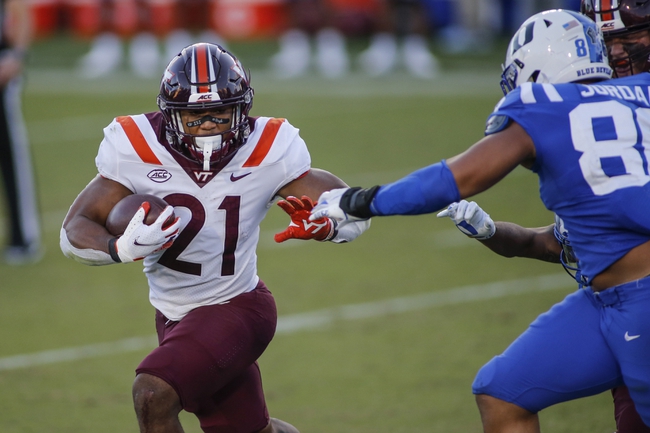 The 19th ranked Virginia Tech Hokies improved to 2-0 (2-0 ACC) on the season after defeating the Duke Blue Devils, 38-31, this past Saturday. Virginia Tech was outstanding offensively agianst the Blue Devils and was able to pull away for the victory after a 60-yard TD run by Khalil Herbert gave the Hokies a 38-28 lead with 2:20 left in the 4th quarter. Virginia Tech outgained Duke by a 487-410 margin, however, did lose the turnover battle by a 3-1 margin in the loss. Leading the way for the Hokies was RB Khalil Herbert who had 208 rushing yards and 2 TD’s on 20 carries.

The 8th ranked North Carolina Tar Heels improved to 2-0 (2-0 ACC) on the season after defeating the Boston College Eagles, 26-22, this past Saturday. North Carolina led for the majority of the game and was able to hang on late for the victory after stopping Boston College’s two-point attempt that would have tied the game with just :45 seconds left in regulation. North Carolina outgained Boston College by a 401-353 margin, however, did not force a turnover in the victory. Leading the way for the Tar Heels was RB Michael Carter who had 121 rushing yards on 16 carries.

North Carolina is a good football team, but I think a bit overrated and not yet a top-10 team in the country. I have been more impressed what I have seen from Virginia Tech this season, especially after seeing the same NC State team they defeated by a 45-24 margin, upset a good Pittsburgh team last week. Virginia Tech has an outstanding running game which I think will help keep the ball out of Sam Howell’s hands and between the fact that Virginia Tech has had recent success in this series and that I think this game is going to come down to the wire, I'm going to take the Hokies and the points. Good Luck! 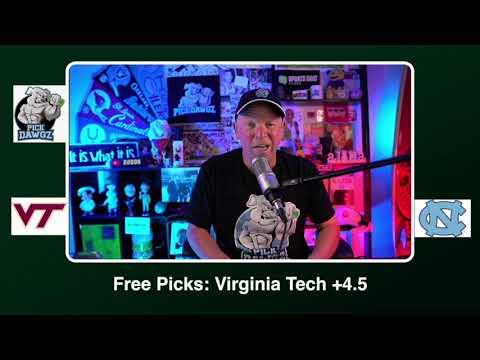