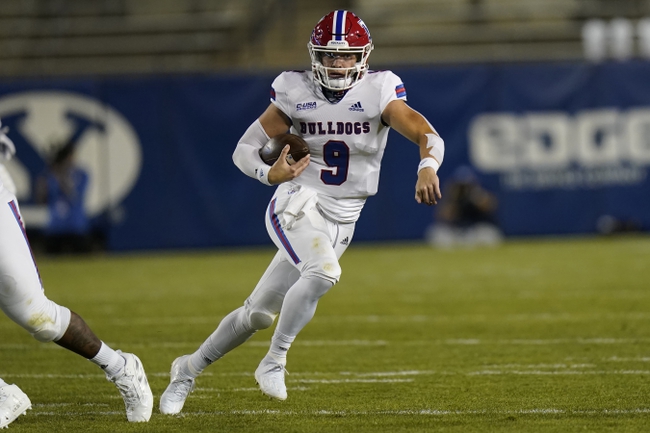 The UTEP Miners will travel to Joe Aillet Stadium to take on the Louisiana Tech Bulldogs this Saturday night in College Football action.

The UTEP Miners improved to 3-1 (0-0 C-USA) on the season after defeating the Louisiana-Monroe Warhawks, 31-6, on September 26th. UTEP dominated Louisiana-Monroe on both sides of the ball throughout the game and had no trouble securing the victory after taking a 24-0 halftime lead. UTEP outgained Louisiana-Monroe by a 512-193 margin and held the Warhawks to just 6 first downs in the victory. Leading the way for the Miners was RB Deion Hankins who had 118 rushing yards & 3 TD’s on 22 carries.

The Louisiana Tech Bulldogs lost their first game of the season and dropped to 2-1 (1-0 C-USA) on the season after being defeated by the 22nd ranked BYU Cougars, 45-14, this past Friday. Louisiana Tech had no answers defensively against BYU and could not fight back after 38 unanswered points by the Cougars gave BYU a 45-7 lead with 13:25 left in the 4th quarter. Louisiana Tech was outgained by BYU by a 513-313 margin and lost the turnover battle by a 2-0 margin in the loss. Leading the way for the Bulldogs was WR Smoke Harris who had 82 yards & 2 TD’s on 3 receptions.

UTEP has been a bit of a surprised as the Miners already have more wins this season than they have had over their last three years combined, however, despite their success, we can’t be overly impressed by their wins against Stephen F. Austin, Abilene Christian, and UL Monroe. Louisiana Tech does not have the talent level to matchup with top-25 teams, however, the Bulldogs do have a solid offense which should find success agianst the Miners defense which is allowing over 250 yards per game. This is a good amount of points, however, as I think the Bulldogs offense will put up around 40-45 agianst the Miners at home, I think that will be enough to cover this spread. Take Louisiana Tech. Good Luck! 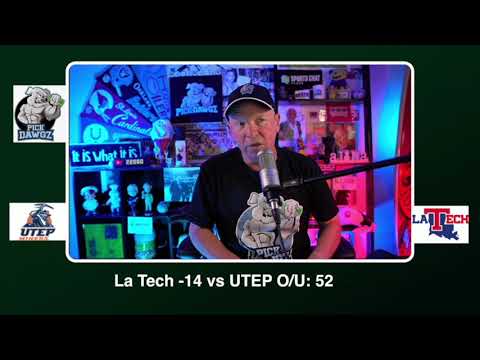