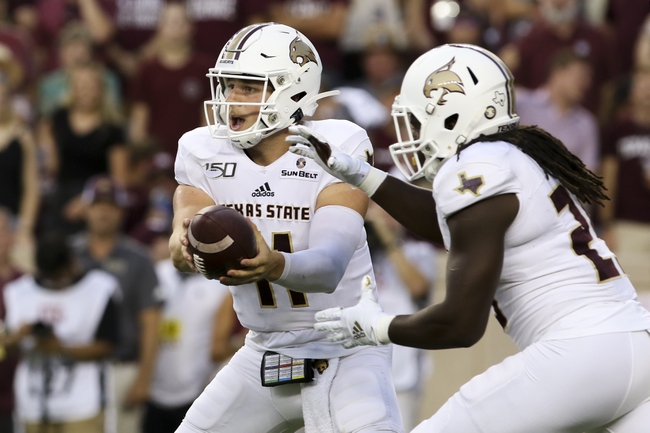 The Texas State Bobcats will travel to Veterans Memorial Stadium (AL) to take on the Troy Trojans this Saturday afternoon in College Football action.

The Texas State Bobcats dropped to 1-3 (1-0 Sun Belt) after being defeated by the Boston College Eagles, 24-21, on September 26th. Texas State looked like they were going to get the upset after taking a 21-7 lead mid-way through the 3rd quarter, however, the Bobcats could not hold on late as they allowed Boston College to close out the game on a 10-0 run over the final 1:11 of regulation to secure the victory. Texas State outgained Boston College by a 357-297 margin and committed one turnover in the loss. Leading the way for the Bobcats was QB Brady McBride who completed 19 of 29 passes of 229 yards, 2 TD and an INT.

The Troy Trojans dropped to 1-1 (0-0 Sun Belt) on the season after being defeated by the 18th ranked BYU Cougars, 48-7, on September 26th. Troy was dominated by BYU on both ends of the field throughout the game and could not fight back after the Cougars took a 31-7 lead early in the 3rd quarter. Troy was outgained by BYU by a 664-181 margin and gained only 8 first downs in the loss. Leading the way for the Trojans was QB Gunnar Watson who completed 21 of 33 passes for 162 yards.

Texas State might be just 1-3 on the season, however, the Bobcats have been competitive this season which included close losses to both SMU and Boston College. Troy is a better team than what we saw agianst BYU and will be competitive in the Sun Belt this season as they have an offense that will be able to put points up on the board, however, I do have some major concerns about the Trojans defense. Texas State is the more balanced team and as I think they will be able to put up plenty of points in this one, I am taking the Bobcats and the points in this one. Good Luck! 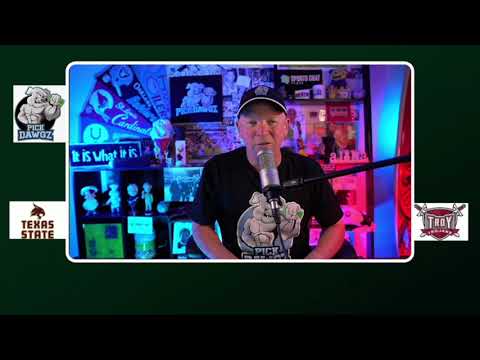