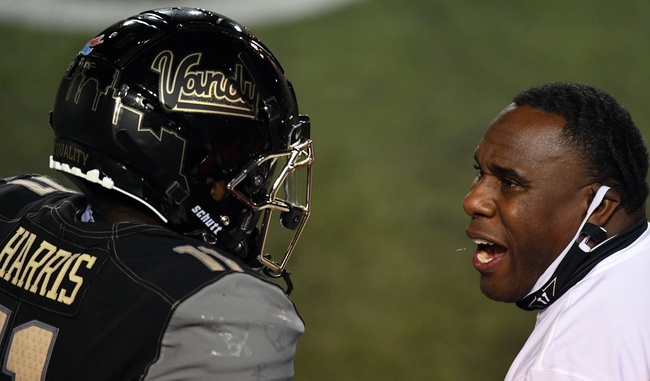 Where to Watch: SEC Stream live sports and exclusive originals on ESPN+. Sign up now!

The South Carolina Gamecocks and Vanderbilt Commodores face off on Saturday in an SEC college football showdown at Vanderbilt Stadium.

South Carolina has gotten off to a slow start to their season losing each of their first two games of the season but they were against tough competition in Tennessee and Florida. In the last game against Florida they did make a comeback in the second half, but it was a little too late and that led to a 38-24 defeat. One thing the Gamecocks could do a better job of on offense is establishing the run a little more. Under center quarterback Collin Hill has looked good throwing for 502 yards, three touchdowns, and one interception. In this game if they want to win Hill needs to take care of the football and have a big game.

On the other side of this matchup is the Vanderbilt Commodores who have also had two tough games against Texas A&M and LSU. Against the Aggies, Vanderbilt actually looked really good, but in the last game against LSU the defense was terrible giving up 41 points. This is an offense that has some big struggles this season averaging only 9.5 points per game. One of the big issues so far this season has been the turnovers for Vanderbilt. Quarterback Ken Seals has thrown for 263 yards and two touchdowns, but also thrown four interceptions. In this game if Vanderbilt wants to come away with a win, they are going to need better offensive production.

Both of these teams are 0-2 but South Carolina is the more talented team and they are going to show it here. Look for Vanderbilt to continue to struggle to score and that will be the difference as South Carolina wins the game and covers the spread. In terms of the total, it’s a lean to the under.