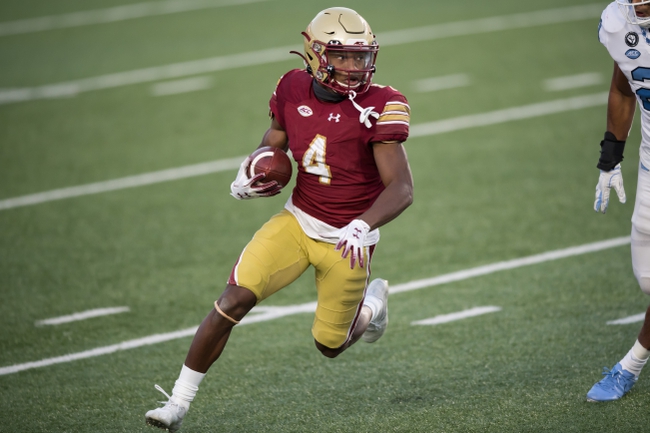 The Pitt Panthers and Boston College Eagles face off on Saturday in an ACC college football showdown at BC Alumni Stadium.

The Pitt Panthers were able to come away with hard fought wins in their first three games of the season but in the last game against NC State their defense struggled giving up 30 points and their offense wasn't able to make up for it as they lost by a point. This is a Panthers team that leans on their defense and in this game they need that defense to be better. Under center Pitt is led by Kenny Pickett who has thrown for 1,123 yards, six touchdowns and eight interceptions. On defense this season Pitt is giving up 57.5 yards per game on the ground.