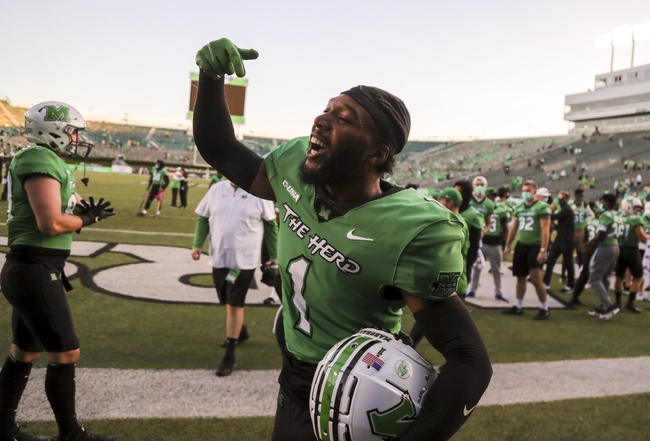 The Marshall Thundering Herd and Western Kentucky Hilltoppers face off on Saturday in a college football showdown at Houchens Industries–L. T. Smith Stadium.

The Marshall Thundering Herd have looked impressive so far this year winning each of their first two games of the season. After beating Eastern Kentucky to start the season they followed that up with a big upset of Appalachian State. They were six-point underdogs against the Mountaineers. So far this season Marshall has given up only seven points total, and if the defense steps up again in this game, they are going to be in good shape. On offense, Marshall uses a balanced attack and they are currently averaging over 500 yards per game. Quarterback Grant Wells has thrown for 470 yards, four touchdowns and one interception.

On the other side of this matchup is Western Kentucky who had high expectations coming into the season but they currently sit with a 1-2 record. After losing to Louisville to start the season, the Hilltoppers were upset by Liberty in their second game. In the last game against Middle Tennessee, Western Kentucky was able to come away with a win, but they aren’t all that impressive winning by only 3 points. This isn’t an offense that is really going to run up the score against many teams so they have to count on their defense. On the season Western Kentucky is averaging 21.7 points per game while the defense is giving up 27.3 points per game.

Marshall has a strong defense and that will continue in this game. Look for a slower-paced game where scoring is very hard to come by. Look for a low scoring game that stays well under the posted total. In terms of the side, it's a lean to Marshall to cover. 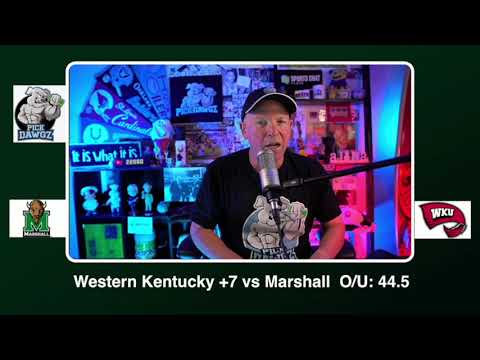