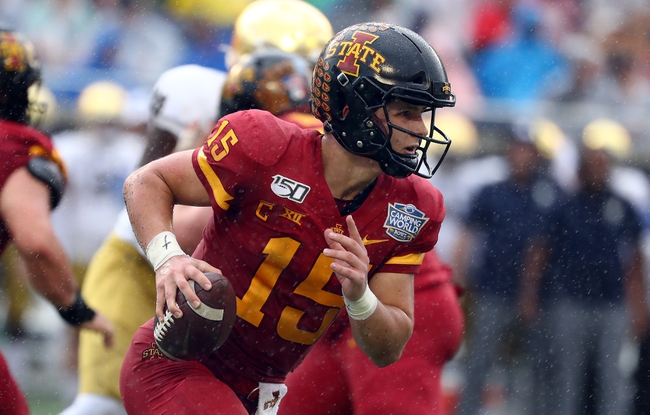 The 18th ranked Oklahoma Sooners will travel to MidAmerican Energy field at Jack Trice Stadium to take on the Iowa State Cyclones this Saturday night in College Football action.

The 18th ranked Oklahoma Sooners dropped to 1-1 (0-1 Big 12) on the season after being upset by the Kansas State Wildcats, 38-35, this past Saturday. Oklahoma looked like they had the game under control after taking a 35-14 lead with just 2:46 left in the 3rd quarter, however, Kansas State was able to storm back with 24 unanswered points to gain the upset victory. Oklahoma outgained Kansas State by a 517-400 margin, however, lost the turnover battle by a 4-0 margin in the loss. Leading the way for the Sooners was QB Spencer Rattler who completed 30 of 41 passes for 387 yards, 4 TD’s & 3 INT.

The Iowa State Cyclones improved to 1-1 (1-0 Big 12) on the season after defeating the TCU Horned Frogs, 37-34, this past Saturday. Iowa State allowed TCU to make it a game entering the 4th quarter after holding a 16-7 halftime lead, however, the Cyclones were able to pull away for the victory after a 32-yard TD run by Breece Hall gave the Cyclones a 37-28 lead with 2:54 left in regulation. Iowa State was outgained by TCU by a 499-424 margin, however, did win the turnover battle by a 2-1 margin in the victory. Leading the way for the Cyclones was RB Breece Hall who had 155 rushing yards & 3 TD’s on 18 carries.

Oklahoma will be looking to bounce back after their disappointing loss at home, however, they will have their hands full agianst an Iowa State team that has given the Sooners trouble in recent years. Oklahoma has a great passing attack, but the turnovers from Shane Rattler were troublesome and we’ve yet to see the young QB play on the road. Iowa State has struggled defensively, however, I think their offense behind Brock Purdy & Breece Hall will have success agianst the Oklahoma defense and as I expect this to be a close game at the end, I think the play here is to take the Cyclones and the points. Good Luck! 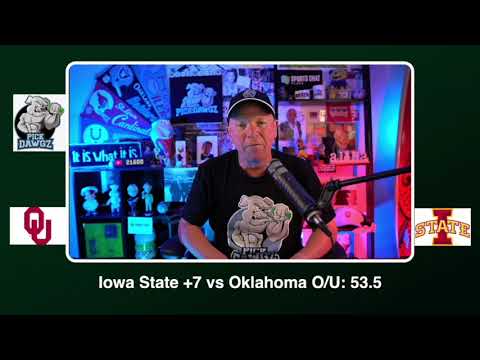