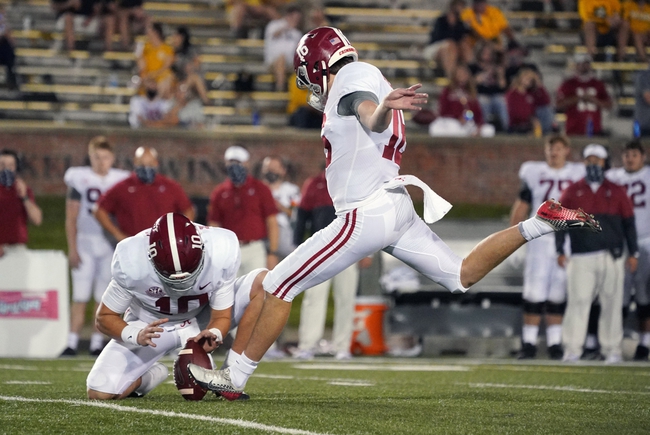 Texas A&M is coming off a 17-12 win at home over Vanderbilt in its first game of the season. Texas A&M was 30-point favorites in that game, so a win by only five points has to sound some alarms for Texas A&M. Kellen Mond was not too sharp in that game, as he was 17-28 for 189 passing yards and only one passing touchdown. Texas A&M struggled to get going against a weak Vanderbilt school, which is never a good thing to start the season. Texas A&M is still ranked inside the top-25 at #13, but it will have to play a much stronger game against a titan like Alabama to even have a chance. Texas A&M will also be playing in its first road game of the season in this matchup, and it is never an easy task to take down Alabama at Bryant-Denny, even without the standard amount of fans in attendance.

Alabama took down Missouri by the final score of 38-19 in week four in its first game of the season. Alabama owned a 28-3 lead at halftime in that game but played a bit sloppy in the second half. Alabama conceded 13 points in the 4th quarter in garbage time, but nonetheless, the points were given up. Mac Jones, the Alabama quarterback, went 18-24 for 249 yards and two touchdown passes in the game. Running back Najee Harris earned 98 yards and three rushing touchdowns on 17 carries in that game as well. Alabama is now ranked #2 in the nation, as Clemson is the only school ahead of Alabama in the AP Polls.

This should be a great game during the 3:30 EST slot on Saturday, and I think this game will be close. Texas A&M was not sharp in its first game of the season, but I do think the team can do enough to keep this game tight. Alabama should win this game, but I like Texas A&M and the points against the spread. 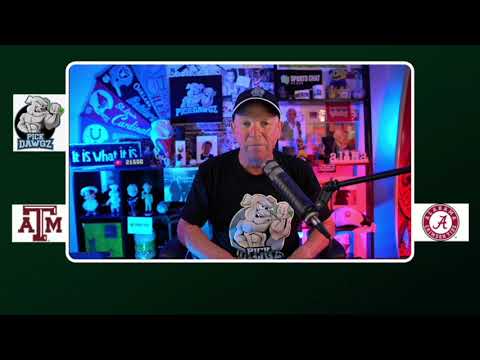