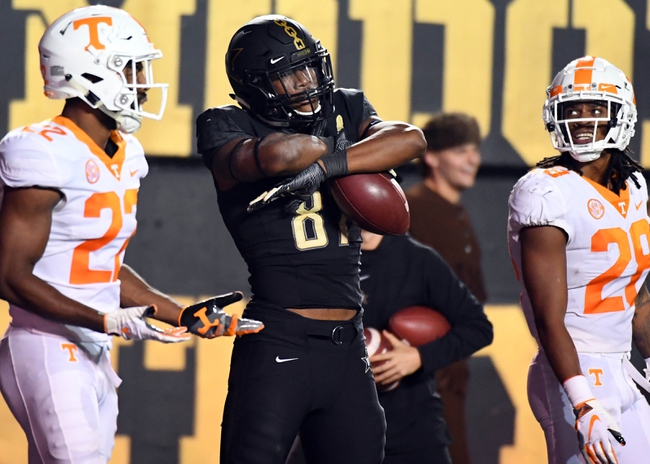 The 20th ranked LSU Tigers will travel to Vanderbilt Stadium to take on the Vanderbilt Commodores this Saturday night in College Football action.

The 20th ranked LSU Tigers dropped to 0-1 on the season after kicking off their 2020 season with a 44-34 upset loss to the Mississippi State Bulldogs this past Saturday. LSU had no answers defensively agianst Mississippi State and Mike Leach’s “Air Raid” offense and could not fight back after a 24-yard TD reception by Osirus Mitchell gave the Bulldogs a double-digit lead with just 3:39 left in regulation. LSU was outgained by a 632-425 margin and committed 2 turnovers in the loss.

Defensively, LSU has no answers for the Mississippi State passing attack as they allowed 623 yards through the air. Leading the way for the Tigers defense was Damone Clark (11 tackles; 1 sack) and JaCoby Stevens (6 tackles, 2 sacks).

The Vanderbilt Commodores could not pick up a victory to start their 2020 season and dropped to 0-1 (0-1 SEC) on the season after being defeated by the 10th ranked Texas A&M Aggies, 17-12, this past Saturday. Vanderbilt went into the 4th quarter trailing by just a 14-12 margin after a 7-yard TD reception by Amir Abdur-Rahman, however, the offense struggled in the 4th quarter and could fight back to get the upset victory. Vanderbilt was outgained by a 376-255 margin and won the turnover battle by a 3-0 margin in the loss.

Defensively, Vanderbilt did a nice job against the passing attack of the Texas A&M as the Commodores held the Aggies to just 189 yards through the air. Leading the way for the Vanderbilt defense was Dashaun Jerkins (8 tackles) & Dayo Odeyingbo (7 tackles; 1 sack).

LSU and their defense will have a much better night than we saw against Mississippi State agianst a less than average Vanderbilt offense, however, I was impressed by the Commodores defense in their near upset win against Texas A&M. LSU struggled running the ball in their opener and as I think the Commodores defense will be able to keep this game somewhat close, I think Vanderbilt does just enough to get a cover with he points in this one. Good Luck! 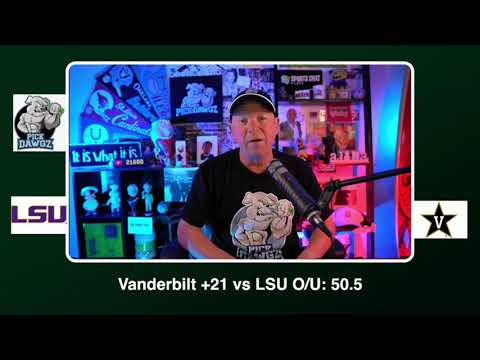